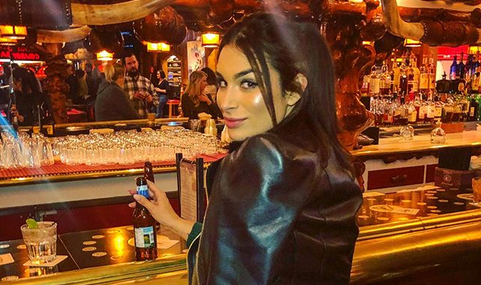 Ashley Iaconetti is revealing her thoughts on Hannah Brown’s surprise appearance in the new promo for ABC’s The Bachelor. She believes the former Bachelorette still has feelings for Peter Weber. Bachelor Nation seems to agree as well. Ashley Iaconetti and her husband Jared Haibon opened up about the Alabama native and her possible feelings for the new Bachelor.

Is Hannah B still not over Peter?

In an interview with Life & Style, Ashley Iaconetti and Jared Haibon couldn’t agree on whether Hannah B still has feelings for Peter Weber. As previously reported via TV Shows Ace, the adorable couple also dished on the details about having more kids.

Rumors swirled when Peter was spotted getting cozy with Hannah in the latest trailer for his upcoming season of the long-running dating series. However, this clip could just be a teaser. On the other hand, it’s not unlikely that Hannah still can’t get Peter off her mind. It also looks like Peter is asking Hannah to join his season.

“I think it’s a tease,” Jared told Life & Style at KIIS FM’s iHeartRadio Jingle Ball. “I mean, how many times how many previews have we seen where it’s like, ‘oh my god, that’s crazy,’ and it ends up being not so crazy?”

Jared is being logical about the teaser promo. Meanwhile, Ashley is still holding out hope for Hannah and Peter. She still sees sparks between them.

“I’m sure he’s right,” she said. “But I still like to think that maybe in the back of her head she kind of tells him, ‘hey, I still think of you, if you think of me, let me know.'”

What are your thoughts? Check out the clip below for yourself.

Ashley Iaconetti thinks Hannah is up to something in ‘Bachelor’ promo

Fans did a double take when they saw Hannah Brown in Peter Weber’s Bachelor promo. They wanted to know what she was doing back on the reality series. The Bachelor and Bachelor in Paradise alum revealed that she believes Hannah wants to get back with Peter. This is probably her way of diverting his attention away from the other women.

In that same interview, Ashley says she believes the reason why Hannah stopped by the mansion is to reveal her true feelings to Peter. She wanted him to know just in case he doesn’t end up with the woman he chooses at the of his “journey.” Ashley feels that this is Hannah’s subtle way of letting Peter know if things don’t work out between him and his fiancé, then maybe they could make things work again.

But according to an ABC press release reported by Elite Daily, Hannah does more than reveal her true feelings to Peter. The real reason why she makes an appearance is because she has to organize a risqué group date. The former Bachelorette is leading the women “through a live storytelling in which they will reveal their most memorable sex stories and fantasies in front of an audience.”

However, during the group date, Hannah did end up talking to Peter. The press release reveals that their conversation will end up leaving them “confused as ever.” That may or may not be a good thing.

Do you agree with Ashley Iaconetti? Do you believe that Hannah Brown still isn’t over Peter Weber? Share your thoughts below in the comments section.

Don’t forget to follow TV Shows Ace on the latest on Bachelor Nation.