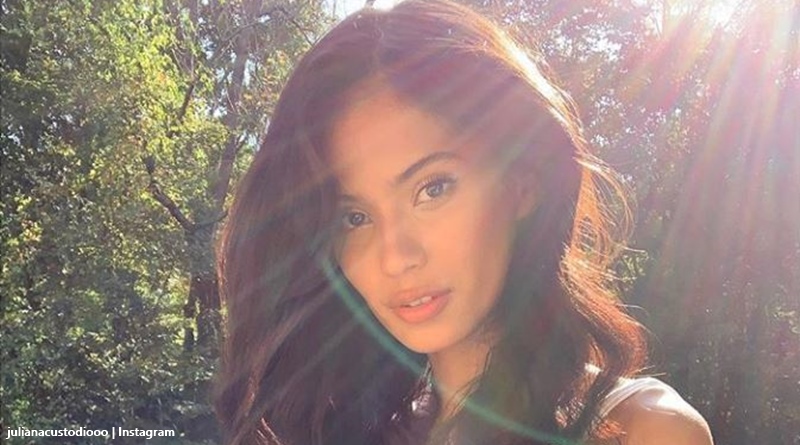 90 Day Fiance Season 7 brings 23-year-old Juliana and 42-year-old, Michael. Surprisingly, she’s a successful model, something fans were skeptical about initially. But, it seems that despite that success, she’d much rather be a veterinarian. Juliana talked about it on an Instagram Q&A on Sunday night.

It seems like just about every Brazillian woman on the show once modeled. So, fans were a bit skeptical that Juliana actually did well in her career. TV Shows Ace reported that she’s also forthright, and carries a nasty scar. That came from a motorcycle accident and it’s quite disfiguring. But, she still managed to model and features on numerous websites like Select Model Management in Stockholm. In fact, she has a very impressive catalog in various countries around the globe.

Unfortunately, the 90 Day Fiance star also suffered through some of the dangers of modeling. Cheatsheet reminds us that she “opened up in the past about her alleged history of human trafficking, exploitation in the fashion industry, and extreme poverty.” Plus, we heard about the newly emerged fact on the show that she actually married at the age of 19 in Brazil. Apparently it was an “arranged marriage,” and unhappy, she moved on out and continued her career. But, given different circumstances, she would rather be a veterinarian.

Juliana speaks about being a veterinarian

We know Juliana loves dogs as she often features them in her Instagram Stories. She started off her Sunday Q&A with a picture of a little doggie. When a fan asked her if it’s hers, she confirmed it is. Juliana’s beautiful, a successful model, and lives a rather nice life these days. But, when fans asked her in the Q&A what she’d like to do with her life, she replied about being a vet.

In her post, Juliana said, “[her dream job’s] a veterinarian. I love animals.” Next, she shared a short video clip of dogs in a pet store. When asked why a vet, the video of the cute puppies really spoke for itself. Well, she’s settled in with Michael now, and the kids, so maybe she won’t be able to go and study to become a veterinarian. But, she’s in a position to influence people about animal care and cruelty. The 90 Day Fiance star’s garnered nearly 70k followers already, and those numbers are bound to rise.

Juliana answered quite a lot of questions, and some were notable. Firstly, it looks like Juliana marrying Michael might not make her the flavor of the month with her family. One fan asked the 90 Day Fiance star, “How is your family doing?” It seems rather a sad answer, as she replied, “last time my mom texted me was five months ago.” Maybe she never forgave her daughter for breaking off the arranged marriage four years ago.

While her mom might not talk to her much, at least the 90 Day Fiance star can take some comfort from another friendship. One follower asked her how she gets along with Michael’s ex-wife. Juliana replied saying, “We have so much fun.” She shared a photo of them looking relaxed and laughing. 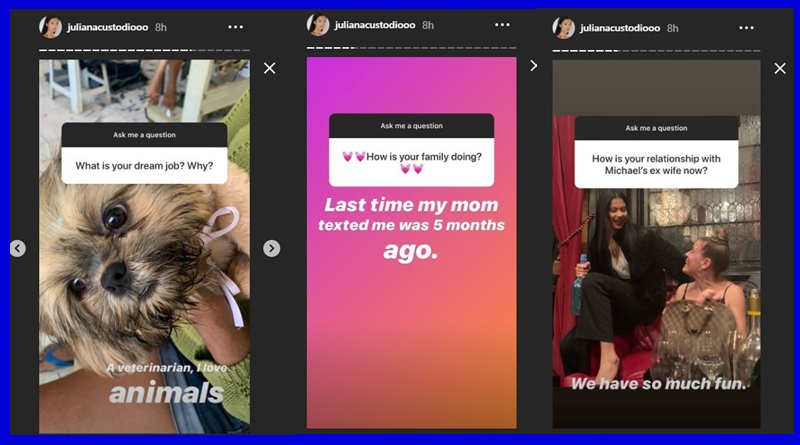 What do you think about Juliana being a successful model but preferring to be a veterinarian? Do you think it’s sad that her mom seems on poor speaking terms? Sound of your thoughts in the comments below.