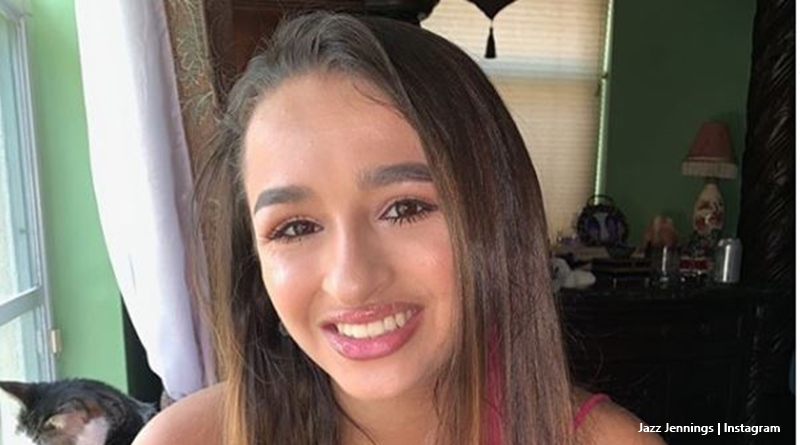 I Am Jazz returns to TLC on January 28, but during the months since the last season, Jazz went fairly quiet on her YouTube. However since the Amazon Prime movie, DENIM, that she starred in, and the announcement of the new season, she’s more active these days. This weekend, she took to Instagram and shared a post for her dad, Greg, on his birthday. Fans noticed how very much alike they look.

I Am Jazz – What’s Jazz Jennings been up to since the last season?

TV Shows Ace reported that “Jazz went very quiet on YouTube. And, let’s face it, almost everything she could possibly post there could be a spoiler and a breach of her NDA with TLC.” But we saw occasional posts from her on Facebook and over on Instagram. Well, Jazz got busy with the film DENIM. In October she shared about it, saying, “DENIM is about the importance of treating transgender people equally, and how outing someone can change their life and bullying someone can ruin a life.”

Quite a lot of the I Am Jazz star’s posts involve her family. Fans of the show know she’s close to her parents and siblings. In November, she shared a Thanksgiving photo of them all standing outdoors, looking healthy and happy.  She looked really awesome with her hair curled on the ends. And, many fans commented on how beautiful the family looks.  Her brother Sander noted, “You should curl your hair like that all the time 😊👏🏻.” And, now she shared about her dad’s birthday.

It’s a great time of the year what with the festive season approaching, and Thanksgiving just behind us. And, for Jazz, it’s even more special as it’s her dad’s birthday in December. Heavy reminds us that Greg’s super-supportive of his daughter Jazz. Right from the very beginning of her journey, he stood by her. Nobody’s supposed to know his real name to protect the family from bias, but he’s easy enough to find on social media if you know where to look. In October, he posted a birthday greeting to Jazz, and now she posted one for him.

In her post on Saturday, Jazz wrote, “Happy birthday to the world’s greatest dad💗💗💗.” Both of them sat side by side and they both smiled the exact same smile. Many fans noted the likeness, except that she’s a sort of female version of Greg. One fan said, “OMG no missing the family resemblance there – no offense birthday dad, but Jazz is just a lot prettier.” Other fans sent their greetings and thanked Greg for being a wonderful role model.

What do you think of the photo that Jazz Jennings shared for her dad Greg on his birthday? Do you think they look very much alike? Sound off your thoughts in the comments below.

Remember to check back with TV Shows Ace often for more news about the cast of TLC’s I Am Jazz.