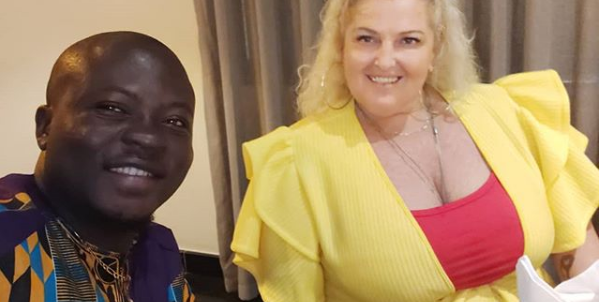 90 Day Fiance star Angela Deem has made it clear that she won’t wait around for Michael Ilesanmi forever. She has given him numerous ultimatums in the past. As seen on Before the 90 Days, the couple has been through their share of infidelity and infertility issues. The couple has also worked on Angela’s possessiveness.

Angela Deem and Michael Ilesanmi are returning to television tonight on Season 7 of 90 Day Fiance. The 53-year-old mom of two and grandmother of six from Georgia and the 31-year-old from Nigeria are back for some more drama. Although the couple has been together for three years, they have already dealt with a lot. Angela is still very much in love with Michael, but she admits that she won’t stay with him forever.

Last week, TLC announced the couple’s Season 7 debut in a commercial and an extended preview that followed the end of the 90 Day Fiance episode. TLC also featured another promo that aired during the commercial break of the Pillow Talk episode. The promo that aired during 90 Day Fiance and Pillow Talk included a graphic that read, “Look who’s back next Sunday” with a photo of Michael and Angela.

Angela and Michael weren’t originally part of 90 Day Fiance’s Season 7 cast announcement, the network announced they would be part of the new season. The network showed a trailer on social media a few days before the season’s November 3 premiere. But Angela and Michael haven’t been featured in the first five episodes, causing to fans to wonder if they were removed from the show.

As previously reported via TV Shows Ace, fans have called for the removal of Angela and Michael following that controversial 90 Day Fiance: Before the 90 Days “Tell-All” episode, but the online petitions failed to do any good.

It looks like the couple will go through even more drama in the new season. In an upcoming episode, Angela and Michael are seen arguing over FaceTime about Michael’s K-1 visa application. The reason why the couple is arguing is because Michael’s K-1 visa was previously denied. The government officials are concerned over the validity of their relationship, according to Showbiz CheatSheet.

“He has to show the government officials that our relationship is 100% real,” says Angela. “I’m sweating to death worrying about this visa now.”

Michael didn’t appear to break a sweat. He’s not worried that their relationship will end because of the difficult K-1 visa process.

“Don’t worry. I got this,” he told his stressed-out fiancée.

Angela explained that the interview process requires proof of their relationship. They require photographic proof as well of proof of their online messages and video calls. Angela feels that Michael isn’t taking this matter “seriously” enough. If he doesn’t get his K-1 visa, then it’s over for them.

“If he doesn’t take this seriously, the government officials will not take it seriously, and his a** gonna be denied,” Angela stated.

Since Angela lives with her family in Georgia, she has made it clear that she won’t be moving to Nigeria to be with Michael. So, there goes the end of their relationship.

“If you screw up, we’ll be done,” Angela is heard telling Michael. “This is our time,” Michael reassures her.

Angela vehemently stated to the cameras that she won’t be waiting around for Michael forever.

“If Michael fails this interview, I told him, we’re probably done. What else is there to do? I don’t have the strength. I’m not getting younger. It’s either the K-1 or k-done,” she declared.

What are your thoughts on the drama surrounding Angela Deem and Michael? Sound off below in the comments section. And don’t forget to check back with TV Shows Ace for more 90 Day Fiance news.