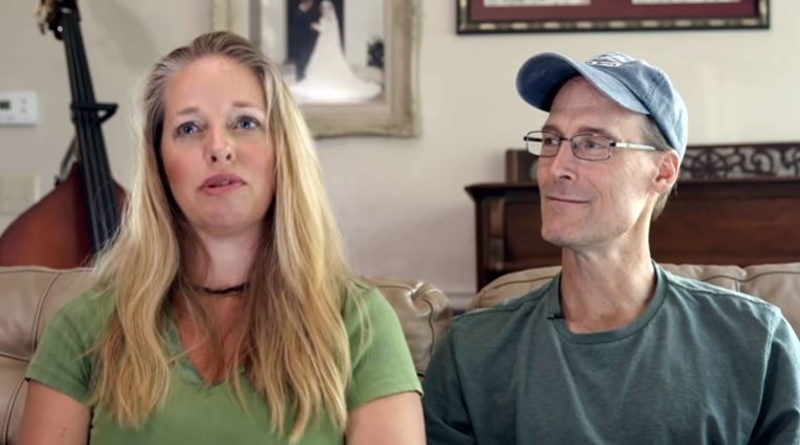 Welcome to Plathville by TLC delivers the audience an interesting family from Georgia. The storyline involves parents Kim and Barry Plath who apparently don’t allow their kids soda, sugar, alcohol, and technology. Of the nine kids, Ethan escaped the cloying lifestyle on the farm and married Olivia Meggs. Meanwhile, the eldest daughter Hosanna married and left home as well. But is TLC selling the audience a fake storyline?

TV Shows Ace reported that it looks like the Plaths don’t even live on the farm. At least, not permanently. It’s listed on Airbnb under the title, “Farmhouse at The Retreat at Silver Rein.” While TLC shows us the home there and makes out they live there permanently, it’s interesting to note that Baptists who hire the Path singing group often refer to them as living in Cairo, Georgia. But, the farm’s in Wigham, Georgia. Cairo’s only about 7.28 miles away from the farm. So, possibly, they live in Cairo and the farm’s a retreat for the family and Kim rents it out for vacationers.

Interestingly, Soap Dirt dug around and discovered the Plaths own another home. In 2017 they bought a home in Cairo, paying $55,000.  The suburban home is close to the shops and places like Walmart, Taco Bell, and Pizza Hut. And, it’s just around the corner from the home where Ethan Plath and his wife Olivia live. So, this looks like a Welcome To Plathville fraud to many fans. In the show, we see the younger girls saying they love the farm. Well, if they don’t live there permanently, that might be why. Plus, some fans picked up on something else.

One fan of the show noted on Twitter, “Kim & Barry own a lot acreage right? Then why do they live in such a tiny house? Why are the girls sleeping in bunk beds in the upstairs HALLWAY??? Why is the dining table in the downstairs HALLWAY?? What the hell is up with all of this?

” If they just use it as a holiday home now and then, that could account for those cramped living arrangements.

Also, the Welcome To Plathville parents apparently do not allow TV and other technology for the kids. But that doesn’t explain why the listing on Air BnB clearly states that there’s a TV and continuous access to WIFI in the listing. We saw Micah saying he doesn’t think he needs a TV in his life. Well, let’s be honest. These days many people don’t actually watch TV much as they stream things on their phones. And, that applies mainly to the demographic that Micah’s in.

#welcometoplathville Kim & Barry own a lot acreage right? Then why do they live in such a tiny house? Why are the girls sleeping in bunk beds in the upstairs HALLWAY??? Why is the dining table in the downstairs HALLWAY?? What the hell is up with all of this? 🙄🤔

Kim Plath is on Facebook and she runs the family band page there as well. So, no technology doesn’t extend to her. But it also looks like the kids have access to social media. At least, we found Olivia, Ethan, Moriah, and Micah on Instagram. Micah recently posted up about some of the kids at the beach. But on the show, Kim and Barry went to the sea for their anniversary and they made out it was like going to Mars.

And, here’s an interesting picture that Micah posted to his Instagram in July. Given that ice cream and other sweet dishes are off the Plath menu, it’s a strange thing to photograph.

On sugary things, supposedly forbidden, Woman’s Day noted, that when the Welcome To Plathville parents went away, the kids got in icecream. They knew where to go get it the shop, knew what it looked like and even how to cool the bowls before serving. That also looks like a fake storyline.

Is the storyline a fraud by TLC?

So far, some things just don’t add up. And, according to posts on Moriah’s Instagram page, she’s a lot more emancipated than the show makes out. What do you think? Do you believe the storyline’s being faked? Or, do you think skeptical fans are just reaching? Sound off your thoughts in the comments below.

Remember to check back with TV Shows Ace often for more news about the cast of TLC’s Welcome To Plathville.