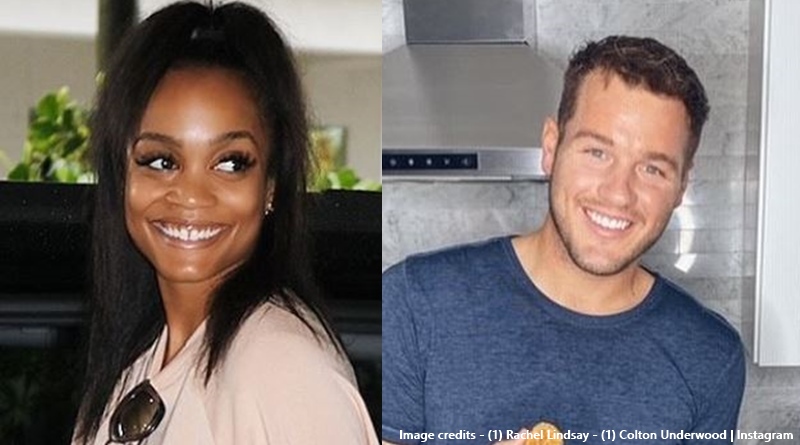 The Bachelor fans grow tired of Colton Underwood and his never-ending reignition of hate on Rachel Lindsay. Even the fact that  Rachel and Vanessa Grimaldi made up their differences got nasty comments from him. And, he disapproved of Rachel’s lost friendship with Raven Gates. It seems he never got over comments that Rachel made about his girlfriend Cassie Randolph. Tired of his hateful attitude, fans give it back to him.

The Bachelor – Rachel Lindsay makes up with Vanessa Grimaldi, but not Raven Gates

TV Shows Ace reported that Rachel Lindsay and Vanessa Grimaldi fixed their feud. Rachel and Vanessa talked on the phone, got over their differences and remain friends now. Their feud arose over comments made by Vanessa and Rachel believed she tried turning everyone against her in the house. Actually, the fact they got over it shows some maturity that Colton Underwood seems to lack.

When Rachel Lindsay posted on Instagram about being friendly with Vanessa, Screenrant reported that Colton came in with a “snarky” comment. He said, “Love to see it.” Maybe he simply doesn’t believe it because Rachel also has issues with The Bachelor Nation alum, Raven Gates.  We noted, that when Linsday went on The Bachelorette, they seemed on good terms. That was until Rachel told Andy Cohen something happened that was “irreparable.” On Instagram, Colton wrote, “Shocker. Rachel mad at another person…does she like anyone.”

Colton Underwood won’t leave Rachel alone, fans give it back to him

It certainly looks like Rachel’s not sure why The Bachelor‘s Colton keeps hating on her. She said on the Whit & Ry on YouTube that she never actually put down Colton to Cassie. (one thing he seems unhappy about). In fact, she offered to get together with Colton to iron out all their differences Cheatsheet noted. But on Twitter, Colton responded with “Looking forward to meeting you & pointing out your hypocrisy over the last year.”

On Instagram, fans get tired of him hating on Rachel Lindsay. And, on the Whit & Ry channel, one fan summed it up quite well. They wrote, “Regarding Colton…selfish and threatened by the possibility of Cassie finding herself, hopefully, Cassie will notice.” Another The Bachelor fan noted, “I hope she gets Colton on her podcast so she can discuss the situation and put him in his place!” Yet another commented, “Colton seriously needs to stop begging for attention to stay relevant. Like you are old news, you had a boring season. Direct your energy else way. Boy bye.”

Interestingly, it seems that Colton Underwood and Rachel Lindsay never actually spoke about all of this. It seems he harbors issues over hearsay things. And, fans feel he’s being totally immature. What do you think? Do you feel Colton should just stay in his lane and grow up? Sound off your thoughts in the comments below.