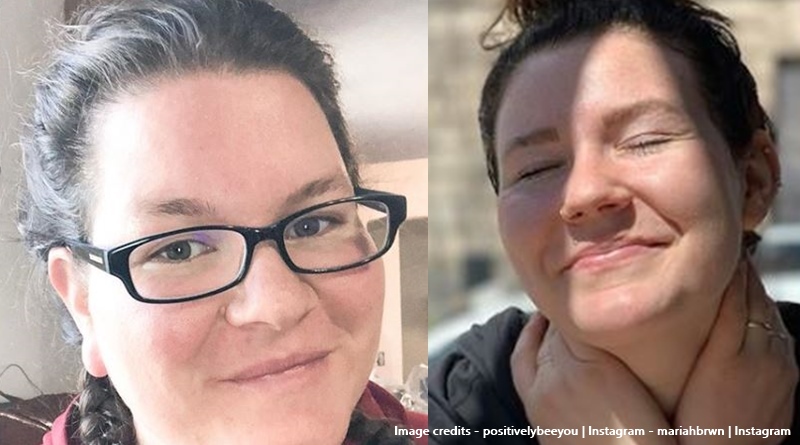 Sister Wives star Meri Brown has a number of siblings and Deborah Bronson’s her younger sister. Meri took to Instagram to wish her a happy birthday in December. And, fans noticed an almost uncanny likeness to Meri’s grown-up daughter Mariah. Naturally, other fans congratulated Deborah on her birthday and commented on the likeness.

December can sometimes bring somber memories for Meri Brown. We reported that this year she misses the baby boy she miscarried 12 years after Mariah was born. But, she has something else to be grateful for. Her sister, Deborah Bronson was born in December. So, on Thursday night, Meri took to Instagram to wish her all the very best. She captioned it with, “And then there was that one time when my baby sister was born…Happiest of birthday’s to you @positivelybeeyou. I hope you have an absolutely fantastical day!! I’d come out out visit, but you know…”

Deborah agreed it would be very nice to see Meri, but the Sister Wives star lives very far away now she’s in Flagstaff. Fans sent their birthday wishes to Deborah. One said, “Happy birthday to your sister🎂❤❤❤.” While, for some reason, another fan shared it was also their cat’s birthday and his name’s “Wallace.” Deborah’s IG shows she’s also into LuLaRoe. And on her Facebook group, she and Meri share Admin duties. So, the two sisters have a lot in common. But fans also noted the resemblance between Deborah and Mariah.

Meri Brown’s photos always show her beautiful sparkling blue eyes. Meanwhile, the Sister Wives daughter, Mariah’s got dark eyes. And, it looks like she gets those, and her looks from Meri’s sister. Fans commented on the likeness. One fan said, “Mariah really looks like her! 😃.” Another agreed, writing, “Trying to think who she reminds me of and it’s just come to me; your daughter [Mariah].” Yet another fan noted, “OMG I was like “I know this person from somewhere”…but Nah…she looks a lot like mariah! Happy Birthday!”

Popculture reminded us that Meri simply adores the little doggy, Mosby. And fans know Moriah’s got another dog. She sometimes posts about them on her Instagram. And, it looks like Meri’s sister Deborah also loves dogs. These ladies sure have a lot in common. In the photo shared by Meri Brown, it shows her and her sister with a cute little doggie. Over on Deborah’s Instagram, the dog features in quite a few of her posts.

And then there was that one time when my baby sister was born…. Happiest of birthday's to you @positivelybeeyou I hope you have an absolutely fantastical day!! I'd come out out visit, but you know…. 🤣😉🎉🎂 #LivingMyWhy #BecauseICan #HappyBirthday #DecemberBirthday #Sisters

What do you think about the photo of her sister Deborah that Meri Brown shared on her birthday? Do you think she bears a very strong resemblance to Meri’s daughter Mariah? Sound off your thoughts in the comments below.