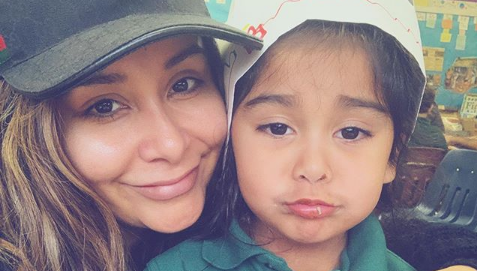 Nicole “Snooki” Polizzi is officially quitting Jersey Shore, the very show that made her and her friends famous. The reality star said she is”retiring” from the MTV series because she does not like how she is “being portrayed.” Snooki’s surprise announcement comes after reports of a fourth season of Jersey Shore: Family Vacation.

The MTV star doesn’t really need the show anymore. She already has her own podcast called It’s Happening With Snooki & Joey. She also has her own businesses, including a shop. On the Dec. 6 episode of the podcast, Snooki announced to her fans that she’s done with Jersey Shore. She revealed that she wants to focus on herself and her family, according to TVLine.

“I have to do what’s best for me at the moment, and I am retiring from Jersey Shore,” Snooki said. “I am not coming back to [Jersey Shore Family Vacation] for a Season 4 if there is one.”

“When I leave my kids and I film the show, I want to have a good time, and I’m putting myself out there and I just want to come off as a good person,” she added. “And lately on the show, it’s just been very [dramatic].”

I AM OBSESSED. COULD I? Come to our LIVE podcast tour! Ya gonna like what ya see! *link in bio for tickets!🔥 @itshappeningpodcast

That’s when Snooki revealed that she wasn’t happy with the “direction” that the show took. She wasn’t comfortable with how she was “portrayed” on the show, as a result of production. She also didn’t like it when fans would turn against some of the cast members. At first, it seemed like Snooki has experienced some of this backlash herself.

“That’s just not how the show works, and that’s how it’s becoming,” Snooki said. “I don’t want that… and I don’t like the person I’m being portrayed as, and this is getting [to be] a little too much.”

On the podcast, Snooki opened up about the hate she received for being on the show. And this is when she revealed that she and her children receive death threats from people on social media.

“I’m getting death threats with the kids and my store,” she added. “People want to picket it, and they want to boycott it and [are] leaving reviews that I have bugs in my store… It’s just a lot, and it’s not something that I signed up for with this show… I need to exit myself from the situation. I don’t like the narrative of anything. So I’m removing myself.”

The New Jersey native is no longer into the GTL scene. While filming the show, she said she missed being with her family. She also wasn’t crazy about “partying three days in a row.” Snooki has finally grown up. She’s at peace with who she is.

While she doesn’t mind going out and having a drink every so often, she finds it difficult to leave her children to film. Also, it seems like Snooki has reached a point in her life where she would rather relax and be a mother. We wish her much luck.

Check back with TV Shows Ace for more news on the cast of Jersey Shore.