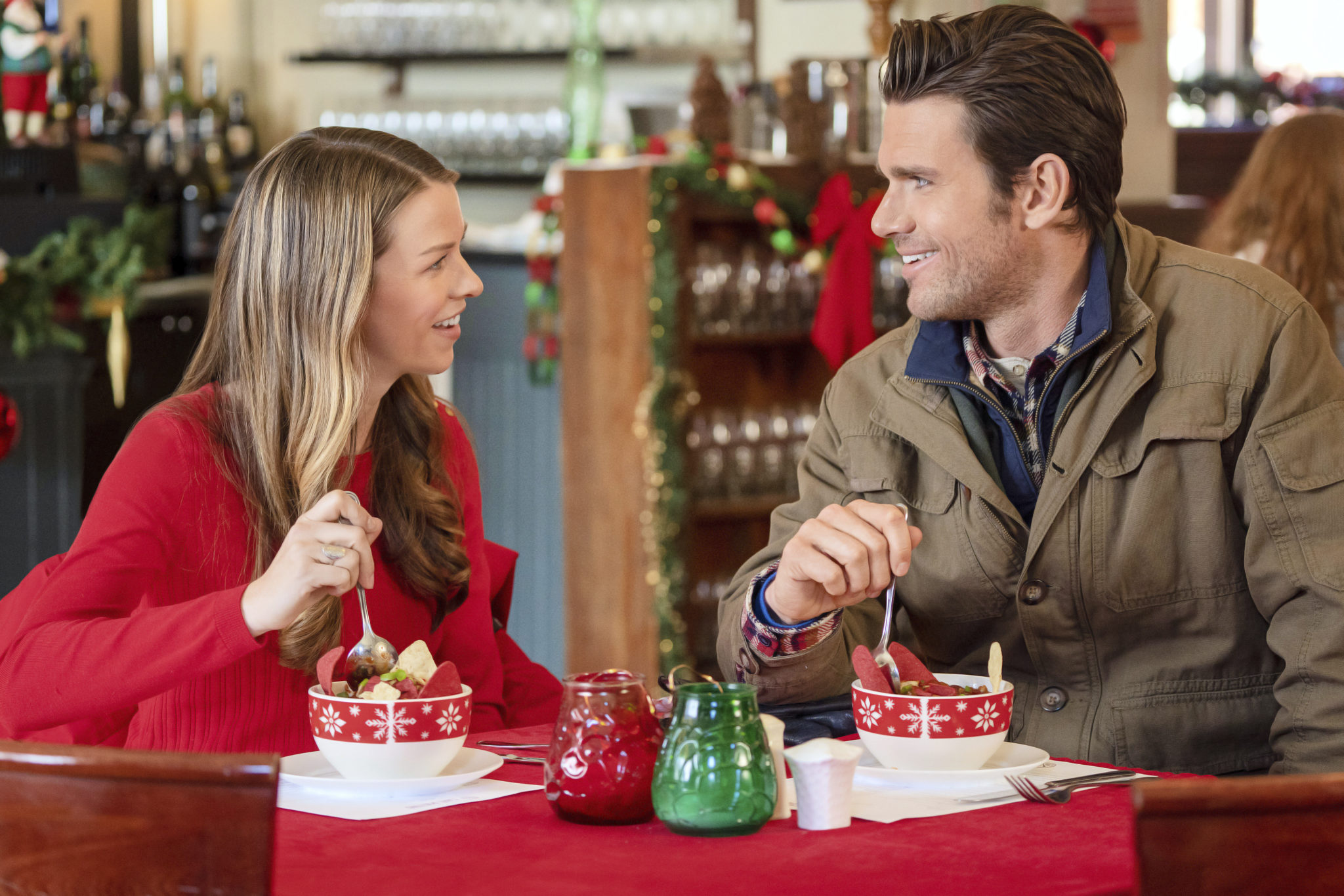 What Is A Christmas Scavenger Hunt About?

Sent to her hometown on secret business, Belinda (Shaw) finds herself paired up with her ex-boyfriend Dustin (McGarry) in the town’s annual Christmas Scavenger Hunt. Belinda may have a boyfriend back in the big city, but her dad Carl’s (Arnold) meddling has put the two together on this treasure hunt and the sparks are flying!

Carl has made it clear that he wants his daughter back with Dustin. But, things are a bit complicated. When Belinda went to college, it was Dustin who dumped her! As the former couple, now scavenger hunt team, search for clues and take selfies at each task, they grow closer together. Things even become emotional for Belinda when one of those selfie spots is the place she used to spend with her late mother.

But what about Belinda’s work project? She was assigned to take over the town’s rundown textile museum. Her company wants to take that land and turn it into condos. If she gets this deal done before New Year’s Day, she gets a hefty promotion to vice president. But, there is a catch. Dustin is the director of the textile museum! What will Belinda do?

Speaking to My Devotional Thoughts, the WCTH star shared a bit about the romance in A Christmas Scavenger Hunt. But, he will not share whether they are the winners of the “ultimate Christmas treasure.” He doesn’t even reveal what that treasure is! But, he explains how Belinda and Carl’s love is rekindled.

“So as we go on this scavenger hunt together, not only do we find things that may help us win the scavenger hunt, but hopefully we start to find the love we used to have for each other again. I won’t say if we win or not. You’ll have to tune in to find out.”

When Is A Christmas Scavenger Hunt Airing?

Currently, the Hallmark Channel and Hallmark Mysteries & Movies are airing the Countdown to Christmas. Romantic movies, series like When Calls The Heart where you can see more work by Kevin McGarry, and mysteries such as Gourmet Detective will return after the holiday season.

Are  you planning on watching A Christmas Scavenger Hunt? Are you a heartie and plan on watching the WCTH Christmas movie special, with Kevin McGarry? Be sure to check back with TV Shows Ace for the latest Hallmark news.