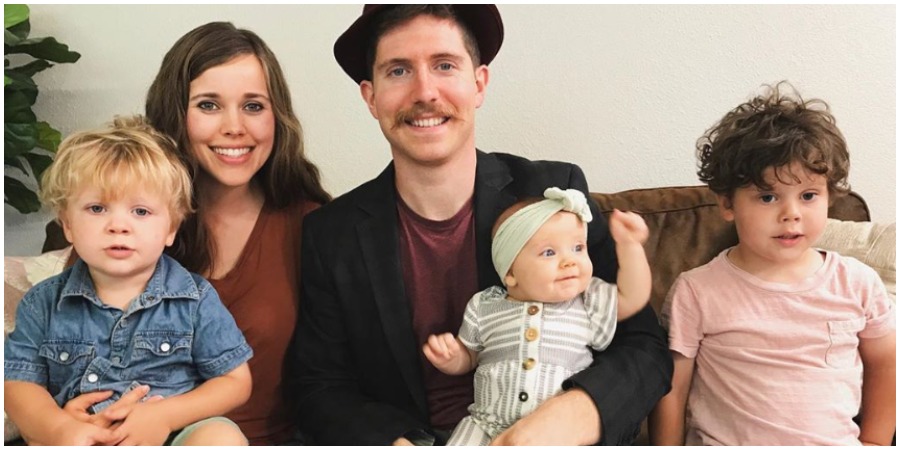 Ben Seewald made an uncharacteristic post on his Instagram recently. The Counting On star posted a picture of his son, Spurgeon appearing to enjoy a coffee. Fans know the Duggars have been criticized before for posting a picture of a small child holding a Starbucks cup or a soda.
He captioned the picture in a sarcastic way. Clearly he wanted to get ahead of followers before they could say anything about it. Jessa Duggar, his wife, has a history of defending herself on social media, but Ben usually stays quiet.

This little guy always asks for the “last sip” of my coffee. Here he is, enjoying his very first kid-sized cup from the coffee shop, purchased especially for him at the price of $1.95 by his mother, who loves him very much. If anyone is curious, it’s 4 shots of espresso with a touch of cream, and it’s just what he needed to get him through an evening of reading and projects. . . In all reality, it’s a cup of hot chocolate, which Spurgeon says has now turned to “warm chocolate”. And it made his day.

The photo Ben Seewald posted of little Spurgeon holding the coffee cup is captioned, “This little guy always asks for the “last sip” of my coffee. Here he is, enjoying his very first kid-sized cup from the coffee shop, purchased especially for him at the price of $1.95 by his mother.  If anyone is curious, it’s 4 shots of espresso with a touch of cream. That is just what he needed to get him through an evening of reading and projects.”

He then said, no, he’s just drinking hot chocolate. It was a strange post but not necessarily unearned according to The Cheat Sheet. The Duggars have had their fair share of hate on social media for similar posts. Jessa Duggar has dealt with allowing Gideon to hold a Mountain Dew bottle and for letting her kids walk around shoeless in mud. Jill Duggar has been criticized for leaving her toddlers unattended in the backyard. Also, she’s been trolled for letting them climb on things fans think are dangerous. Really no matter what they do, someone will always have something to say about it. The Duggars are certainly no strangers to being mom-shamed.

Some people think this out of the blue post is a distraction. Recently, the Duggars have been in the news for some less than positive things. Jinger Duggar was recently dropped from a sponsorship due to an outcry from the companies’ customers. A source told Reddit in November that the Department of Homeland Security had raided Josh Duggar’s car lot and possible the Duggar household. The family denied this of course, but the story is still out there.

Perhaps, Ben Seewald is trying to draw some attention away from these story lines. Other fans are intrigued because they take this as a sign the Duggars do pay attention to what people say about them on social media.