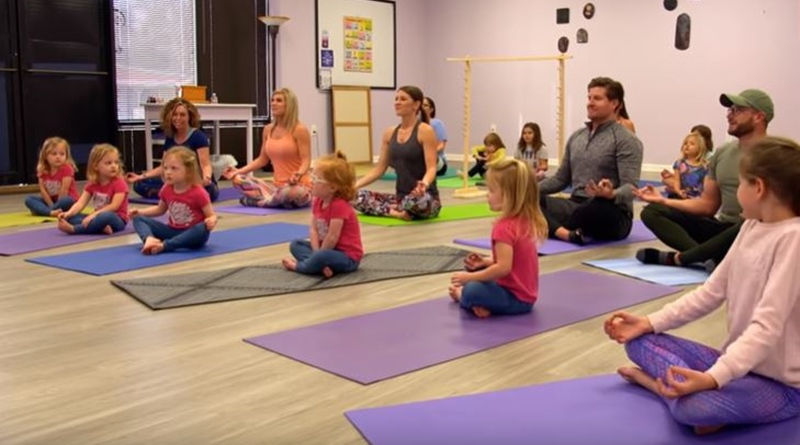 OutDaughtered fans love Uncle Dale who appears often on the TLC show. He made a joke on one of Danielle Busby’s pics. Danielle shared a gorgeous pic of a quint waiting for Blayke to come home from school. However, Dale stole the show with a comment about Kiki.

Danielle Busby took to her Instagram on Wednesday night to share a pic of one of the quints. None of the fans seem certain whether it’s Ava, Riley, or Parker as it’s taken from the back. The cute quint sits on the ground clutching a doll and cuddling the little dog, Beaux. Fans simply loved the caption about Blayke.

Danielle said, “Patiently waiting on Blayke to get off the bus. Everyday the girls get so excited when Blayke gets home from school…I love that [they]just love her so much.” Actually, that’s such a lovely sentiment that many fans suggested Danielle enlarges and frame the picture. Others thought it wonderful that the girls can’t wait for their big sister to come home.

Dale’s a favorite on OutDaughtered. TV Shows Ace noted in July, that thousands of greetings went his way on his birthday. Dale’s married to  Danielle’s sister Crystal, also known as Kiki. Often in good humor, despite so many active kids around, he tirelessly keeps smiling. Often, Kiki and Dale give Danielle and Adam Bubsy a break from all the kids.

Romper reminds us that one of the most memorable moments featuring Uncle Dale was watching him try and learn yoga with the kids. Now, Dale joined the conversation on the post by the OutDaughtered mom. Talking about how the quint sat on the ground waiting anxiously, he wrote, “That’s how Kiki sits at the end of the driveway waiting for me to get home from work… #whatfordinner.” Fans thought his comment was hilarious.

OutDaughtered fans reacted to Dale with love and giggles. Here’s what some of them said to him:

Well, the OutDaughtered Uncle made himself even more popular, as every post that commented on his joke got a “like” from him.

Patiently waiting on Blayke to get off the bus. Everyday the girls get so excited when Blayke gets home from school…I love that just love her so much 💕 #sistersarethebest #itsabuzzworld

What did you think of the pic posted by Danielle that showed a quint waiting patiently for big sister Blayke to come home from school? Did you think Uncle Dale’s joke stole the show? Sound of your thoughts in the comments below.

Remember to check back with TV Shows Ace often for more news about the cast of TLC’s OutDaugtered.