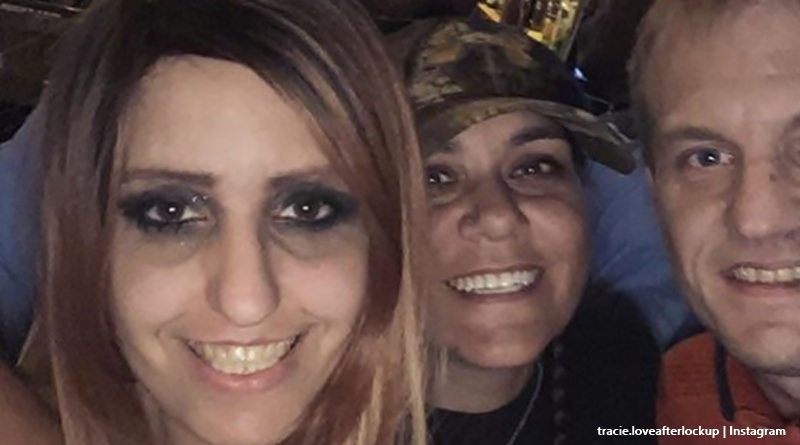 Love After Lockup couple Clint Brady and Tracie Wagaman are together and face problems. Reportedly, Alice, Clint’s mom threw them out of the house. And, the allegation came from Tracie’s mom, Joanna. They currently work on their problems, according to Tracie on her Instagram, but if they need to find a new place, that could complicate the trainwreck even more.

Clint’s reliant in his mom, Alice, for accommodation. And, Alice really doesn’t seem to like Tracie at all. Possibly, their rocky relationship might be part of that problem. TV Shows Ace reported on the couple splitting again in November. We noted, “Clint stood by Tracie through her ups and downs, despite fans of the series recommending that he walk away from her. The latest outcry came from [Love After Lockup] fans when Tracie disappeared with Clint’s rental car on their wedding night to score some drugs.” The cops picked her up again and so Clint went off without her back to New Mexico.

But, Tracie said a few days later on her Instagram, “Despite our shortcomings, we are still together & trying to work things out.” It came with the hashtag #forgiving&secondchances. Well, it looks like while they may forgive each other, Clints mom’s not quite got the same sentiments. It looks like she may have thrown them out of the house, and they now look for somewhere to live. Apparently, the story got put out by Joanna, Tracie’s mom, on Facebook.

Clint’s mom Alice hates that Clint went back to Tracie

Starcasm revealed that there’s a bit of a convoluted story behind Alice’s actions. It had to do with Tracie going into rehab where she only stayed a day. Unhappy, she called for Clint to fetch her. Off he went, but one of the Love After Lockup producers and Clint’s mom told Clint not to collect her. The long and short of the story is that she ended up stranded with no place to go. But about “three weeks” later, Clint decided to try and get back with Tracie.

Alice is apparently furious according to Joanna. “Alice gets mad because Clint chose Tracie over her.” Then she told the Love After Lockup couple to get out of the house. Tracie’s mom Joanna talked about it on Facebook, saying, “Clint’s mom threatened to tell the cops that Clint hit her just because she was mad that Clint chose me over her. Has given them three days to move out of the house Clint has been living in for years while b*tch supported him. He can’t do squat on his own.”

What do you think about Clint’s mom throwing them out of the house? Do you think Joanna’s telling the truth? Hopefully, they manage to find a new place and work things out. Sound off your thought in the comments below.

Remember to check back with TV Shows Ace often for more news about WEtv’s Love After Lockup.