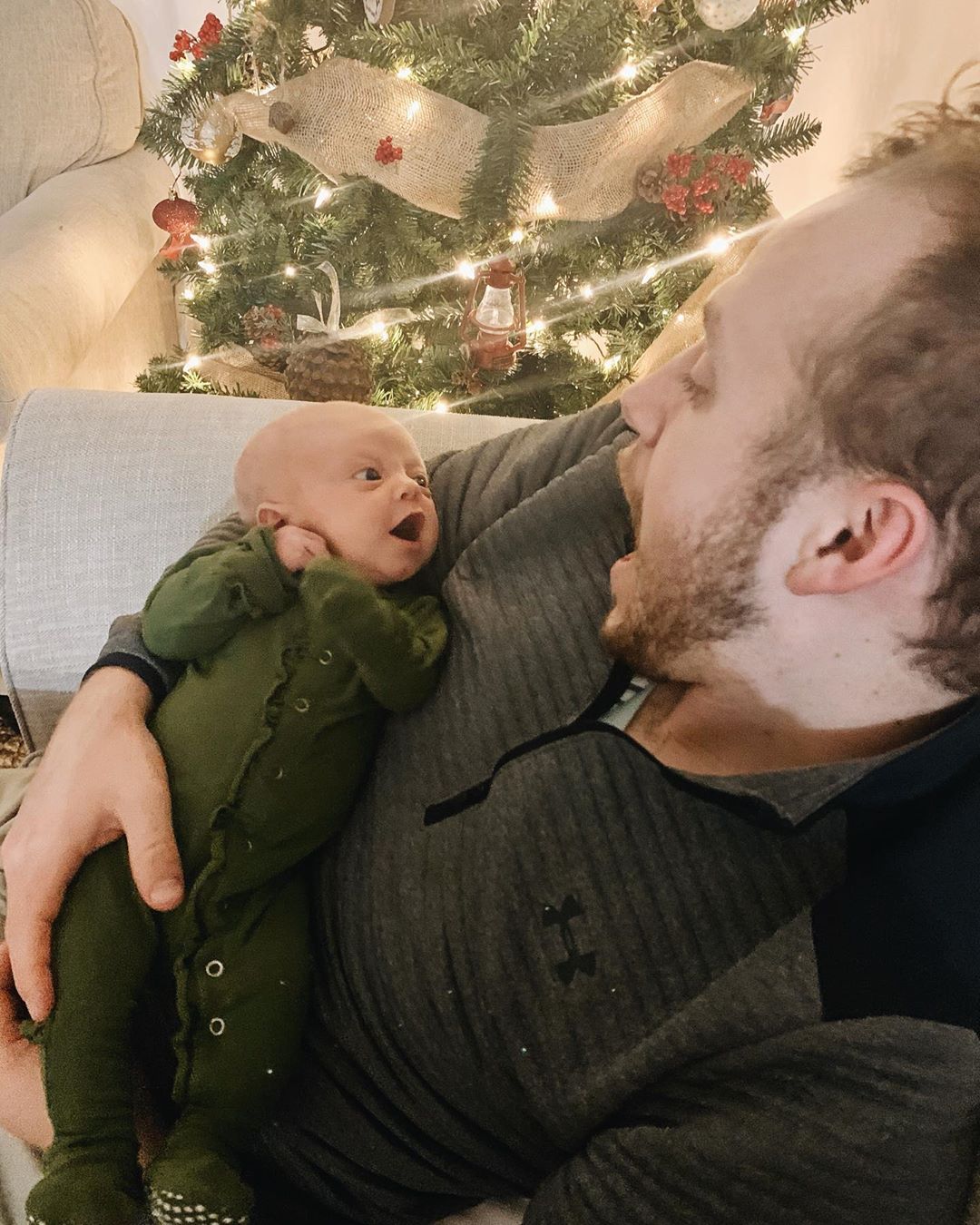 Lauren and Josiah Duggar are straying from traditional newborn colors with their baby Bella.

Traditionally newborn boys wear blue and newborn girls wear pink. And, it isn’t really a sexist concept. It is a decision a lot of parents make because newborns often don’t have much in the way of hair. Distinct boy and girl colors make it easier for people to tell the gender from a distance.

Lauren and Josiah Duggar’s recent Instagram snaps suggest they aren’t afraid to stray from the norm.

One thing several Counting On fans have started to notice is the color of baby Bella Milagro’s clothing. In the sweet daddy and daughter moment shared on their Instagram recently, Bella was rocking all green.

In the snapshot, baby Bella Duggar sported a long sleeved forest green button-up footed jumper. The photo featured the adorable little girl cradled in her daddy’s arm. She gazed up at daddy with an excited gasp on her face. Her daddy twinned baby Bella by making the same face.

In 24 hours since the photo went live on their profile, it was showered with over 90,000 likes and 500 comments. As we previously reported, the photo was well-received. Many gushed over how “precious” and “cute” the Lauren and Josiah Duggar’s baby girl was.

With the weather in the low 60s today, it was the perfect time to take a stroll downtown with my girls. -Si . .#windowshopping #familystroll #lovemyfamily #itsbeginningtofeelalotlikechristmas

Now that some time has passed, we’ve dug into the comments a little deeper. And, there is something else fans have taken notice off. It is the decision to stray from the norm. The decision to dress the Duggar baby girl in a bold green color.

Turns out, straying from the traditional pink isn’t a new thing. Jessa has also attracted attention for doing the very same thing.

“Very sweet, Jessa dresses her daughter in a lot of green instead of the traditional (old fashioned) pink for a girl clothing! That is precious if she has shared Ivy’s hand me down clothing for your new baby girl!” One follower penned in the comment section.

A second chimed in: “Where do you and Jessa find these dark green girls outfits. I absolutely love them!! Looking where I can find some for my 4 month Hazel.”

Not only are Counting On fans accepting of Lauren and Josiah Duggar’s decision to stray from traditional pink, they want more details. They want to dress their little girls in green as well.

Notably, there were also several individuals who wanted to know if all newborns in the Duggar family sported matching green jumpers.

What do you think about Lauren and Josiah Duggar’s daughter wearing green instead of pink? Sound off in the comments down below.