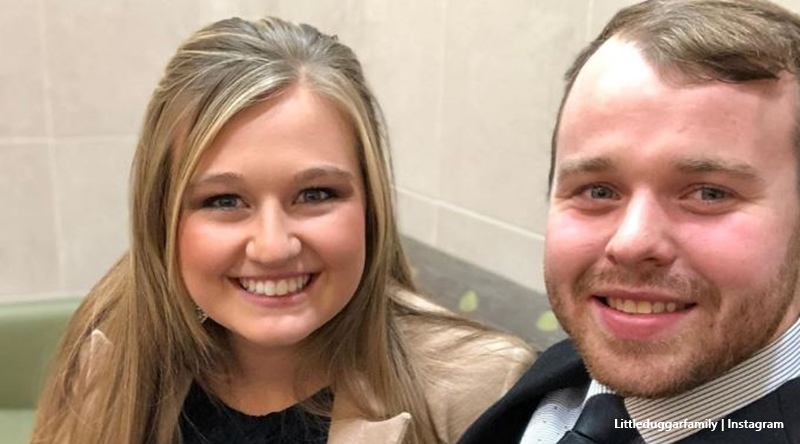 Counting On couple Joseph and Kendra Duggar welcomed their little girl, Addison in November. Now, just over one month later, they enjoyed their first date together since she was born. The radiant and well-dressed couple looked in good spirits and good health. But typically for the Duggars, they got loads of love, and also some critics.

Counting On – date night for Kendra and Joseph Duggar

When Addison arrived, TV Shows Ace reported their announcement. They said, “Addison Renee has made us a family of four and we are already so in love with her! She made a quick arrival in the early hours of the morning and has already melted our hearts.” But of course, sometimes parents want some “us” time. Parents who date are a good thing as keeping a close relationship makes for a better family all around, most people agree. On their @littleduggarfamily Instagram account, Kendra and Joseph shared about their first date night without little Addison.

And, before the trolls explode, let’s note that the Counting On couple arranged for Garrett and his little sister Addison to stay in a place of safety. On their post, they noted, “Thank you @thecaldwellfamily for watching the littles💙💖.” The Daily Mail UK reminds us they married over two years ago. Since then, they successfully raised their son Garrett. So, with their friends and extended family around, leaving the babies in a safe place makes it perfectly acceptable to enjoy a date night now and again.  But, some fans don’t agree.

Kendra and Joseph get love, but critics as well

On the Instagram post, the Counting On couple got a lot of love. One fan said, “Lovely couple and Blessed with two Beautiful kids!” Another noted, “Always communicate always. Date is fun and enjoy each other so wonderful. God bless darlings ❤️.” But some people disagreed that dating without the baby’s a good thing. One follower said, “I don’t know how people can do that. I’m a breastfeeding on demand mom. And I’m not pumping for a date. If a relationship cannot evolve to include the baby’s needs, it wasn’t strong to begin with.”

Other fans agreed with the criticism and one commented, “I completely agree. You have to put your childs needs first.” But, fans of the Duggars told the critics off. One faithful fan said, “your marriage should come first. Without it, there would be no children and after the children, you want a healthy marriage. We are talking a date with healthy children and no other issues.” Another person reminded the critics that the child was totally safe.

The new baby’s safe, fans speak up for Kendra

A few hours away from the baby won’t hurt, some fans argued. One Counting On follower pointed out, “The kids are being watched by family. If you do not go on dates when your kids are newborns that is fine but some people do and that is completely fine too. Do not put other parents down for doing things differently than you.”

We so enjoyed our date night😍 First time out with just the two of us since sweet Addison arrived! It feels so strange not carrying a diaper bag and a car seat with us everywhere😆 Thank you @thecaldwellfamily for watching the littles💙💖

What do you think about Kendra and Joseph Duggar going on their first date since Addison arrived? Do you think the critics are being too harsh? Sound off your thoughts in the comments below.