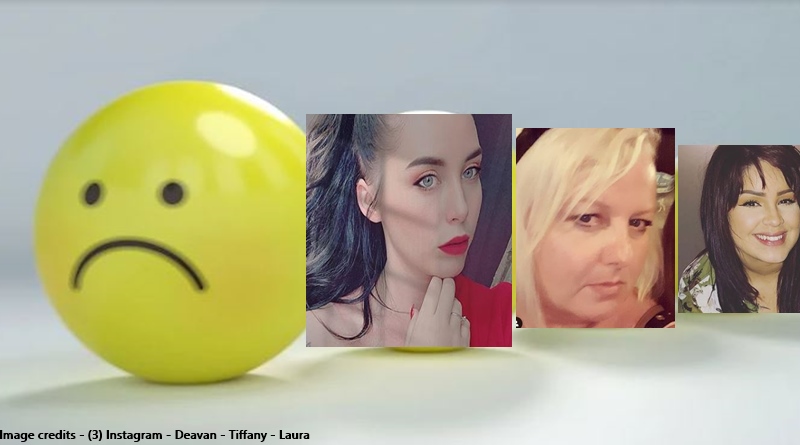 90 Day Fiance fans know that Laura Jallali and Deavan Clegg have a lot of issues. In fact, in the past week, Deavan called out Laura for telling lies again. When Tiffany Franco Smith went onto her Instagram Stories on Wednesday night, fans asked her what she knows about their conflict. Tiffany replied in the Q&A, giving fans her take on Laura Jallali.

TV Shows Ace reported on Tuesday, that Deavan once again told Laura Jallai to “stop lying.” That came after Laura shared a photo of “Tony from @thechantelltea on Instagram.” In the post, she hinted that this was the start of a new relationship for her. Actually, people think he prefers men anyway. So, not for the first time, Deavan let Laura know that she hates her lies. But, they go back even further with their issues. Actually, Deavan first called out Laura for telling lies when she came out with a “pregnancy” announcement. Of course, that set the tabloids alight.

Later, Deavan got furious when Laura then said she suffered from an ectopic pregnancy. Reality TV World reported that Laura said she “had an ectopic pregnancy, which is a situation in which the fetus develops outside the uterus, typically in a fallopian tube.” But, those 90 Day Fiance followers who went through one, noted she recovered from the extremely painful condition very fast. Simply, people never believed her and chalked it up as another lie. They never believed her first pregnancy announcement either. Devan hates those lies and let it be known.

Tiffany Franco Smith weighs in on Laura and Deavan

On an Instagram Story, during her Q&A, one fan asked Tiffany, “What’s really going on between Devan and laura (sic)?” Tiffany replied, “Ok, to be honest, between us cast members, we know what’s really up.” She added, “we know the truth behind all these crazy secrets and stories.” Tiffany ended by saying. “I think that what is going on between them is, no-one wants to spill the beans.”

Later, another 90 Day Fiance fan asked Tiffany what she thought of Laura. Tiffany replied, “she’s a nice lady with a lot going on.” She added, “I feel she’s confused.” The confusion seems to arise from “everything [she] planned not working out.” Tiffany ended by saying, “[Laura] doesn’t know what to do with herself.”

Meanwhile, over on Deavan’s Instagram, a 90 Day Fiance fan asked Deavan what her problem is. They commented, “Why are you so jealous of Laura? She has only spoken positive things about you but your always going after her like a jealous high school mean girl. Are you that insecure? (sic).” Well, Deavan got angry with that, making it clear she’s certainly not jealous of Laura.

In reply to the citric, she said, “she hasn’t only spoke positive about me. I was so nice to her at the tell all. Then she back stabbed me and tried to get me in trouble with contracts and then when I had a miscarriage she was talking sh*t about me.” In a further post, Deavan added, “she told cast members she was going to lie about being pregnant to get in the articles. during all this I had an actual miscarriage.”

Deavan reiterates no time for 90 Day Fiance’s Laura, her lies and aggression

Deavan then noted, “She continued to lie even though she told us it was a lie and while I was in pain hurting she was lying saying she had a miscarriage when she didn’t. And at this same time, she was going on lives with Evelyn saying they would kill the other female cast members. And then she was talking shit about me to literally every blog page. So no f*ck her.”

Well, that seems to be the answer as to why Deavan Clegg and Laura Jallali don’t get on at all. Tiffany Franco Smith mentioned no-one wanted to spill the beans. But, it looks like Deavan just did. What do you think about all of this? Sound off your thoughts in the comments below.