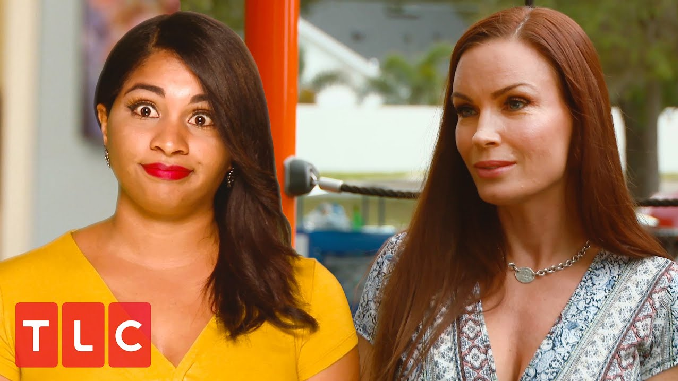 As fans of 90 Day Fiance know, almost everyone on the show has a past. But it’s never quite this dark. On the seventh season of the TLC series, Bryson’s grandparents are very judgmental of Robert’s relationship with Anny. Tensions between Robert and Anny have increased as they adjust to spending time with each other 24/7.

To make matters worse, Bryon’s grandparents, Ben and Stephanie Woodcock, pry into Robert’s relationship with Anny. It turns out that Stephanie and Ben have a sordid past as well. 90 Day Fiance fans have taken special interest in these two over the past few weeks. According to a new report, an argument between the two and Bryson’s birth mother back in 2016 led to Ben’s arrest for domestic battery. The arrest reportedly took place in Florida.

According to a police report obtained by Starcasm, authorities were rushed to the scene in reference to a call about a woman at a local Walgreens who had blood on her hands. She was also visibly shaking up at the scene. The officers revealed that the woman revealed herself to be Stephanie Woodcock.

“Stephanie was clearly upset and crying with small abrasions and scratches on her body and face,” the report read. “Stephanie told officers that she and her husband Ben ‘had been drinking alcohol and things got out control.'”

She admitted that she just wanted to be left alone that night. But her 26-year-old husband “kept grabbing at her to go to her bedroom.” That’s when Stephanie began to get scratched and pushed by Ben and her own daughter, Susan. The police officer also spoke with Susan but felt that her accusations were inconsistent and did not make sense. Susan appeared to also be intoxicated and slurred her speech when she spoke.

The police officer went to the couple’s home to speak with him. Ben kept claiming that “nothing happened.” But he was placed under arrest for domestic simple battery, according to the report. Ben’s arraignment was originally scheduled for Sept. 2, but the case was dismissed after prosecutors decided not to pursue charges.

But that’s the not the shocking part of her past. At the age of 21, Stephanie got married and joined the Navy. Less than a year after serving in the Navy, Stephanie was “discharged form the service because of ‘sexual misconduct'” allegations. It’s not revealed what exactly happened. That’s around the same time that Stephanie got divorced and later married Ben.

There’s also a gap between her joining the Navy and becoming an adult film star. According to Stephanie’s bio, her decision to enter the industry came from a need to finance her career in real estate, which was her job prior to entering the entertainment business.

What are your thoughts on Bryon’s grandparents? Do you agree that they shouldn’t be so hard on Robert and Anny? Share your thoughts below in the comments section. Check back with TV Shows Ace for more news surrounding 90 Day Fiance.