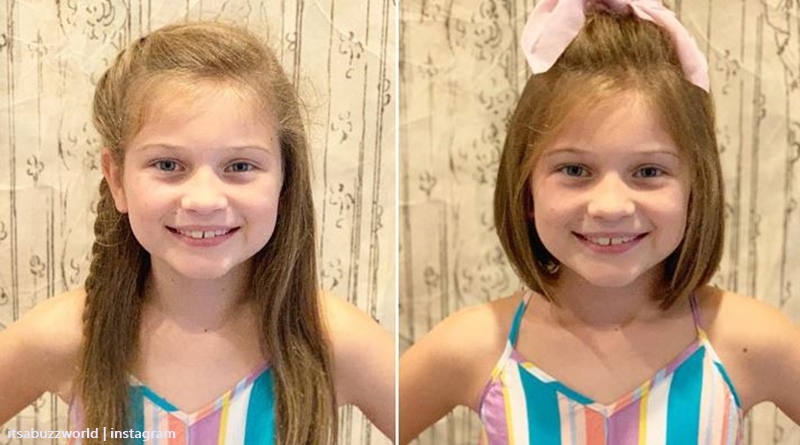 OutDaughtered fans see the quints’ big sister Blayke Busby, but the show’s manly about the little sisters. And, most often, even the photos on the Busby’s Instagrams feature the quints. But, sometimes, we get treated to news about Blayke.

If Blayke Bubsy never had those quints as sisters, possibly, she’d remain just another little girl from Texas going about her daily business. But, the quints came along four years ago and changed her life forever. Big sister Blayke gets her time on the show, but understandably, she’s not the focal point of it. She’s really good with her little sisters, and Danielle and Adam try and make time for her as well.

TV Shows Ace reported in June, that Blayke “found her heart’s desire” when the OutDaughtered family went on a vacation. The theme was cowboys and Blayke simply fell in love with horse riding. Danielle shared a few photos of her, saying she never wanted to leave and would be happy on a ranch for the rest of her life. Blayke might have got her confidence and could become a competent rider one day, given the chance. But, it looks like she found another activity that she shows a lot of promise at.

Getting good at basketball Blayke holds her own against Danielle

The Busby’s shared a photo of their basketball hoop and it showed Blayke in a classic pose, jumping and throwing the ball. They captioned it with, “Love how Blayke has taken to basketball and look at those HOPS! We got this basketball goal as a package deal with our @treefrogsswingsets swing set as a hope that at least some of our girls would take to playing the game. She can even hold her own with @dbusby in H.O.R.S.E!”

Well, if Blayke holds her own against the OutDaughtered mom, who is much taller than her, then she shows a lot of promise.

On the post, lots of OutDaughtered fans commented. But one person described themselves as previously being a coach. They wrote, “@adambuzz @dbusby she has natural basketball form (I used to coach), I hope you are putting her in a rec league to learn the game.”

Other people who play the game, or who know something about it also said similar things. One OutDaugtered fan said, “so glad she’s getting into basketball!! i love the sport i bet she would be great if she joined a league.”

What do you think about the photo showing OutDaughtered star Blayke Busby playing basketball? Do you agree she looks like a natural? Sound off your thoughts in the comments below.