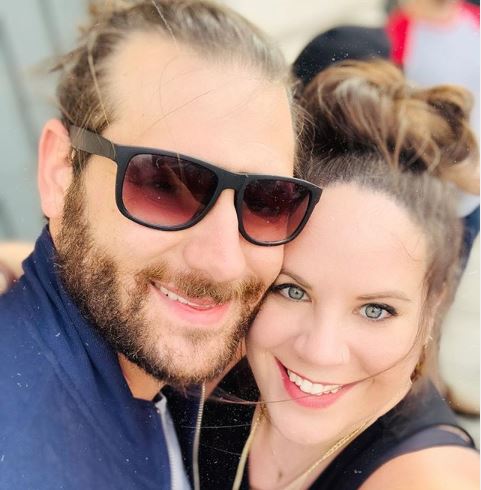 Whitney Way Thore of My Big Fat Fabulous Life is now engaged. The fans have seen her go through a lot on her show when it comes to dating. TV Shows Ace already shared that Whitney had a new man in her life. It turns out that things are serious between these two.

People shared the news that Whitney Way Thore is engaged. Whitney started posting pictures of Chase Severino about six months ago. She didn’t keep it a secret that she had a new man in her life. He was also posting pics of Whitney on his Instagram.

The new season of My Big Fat Fabulous Life will start on January 7, 2020, on TLC. The fans will get to see Whitney’s entire relationship with Chase during this season. He has been filming the show and fans can’t wait to see everything about him.

Whitney Way Thore told People “Chase and I are so excited to officially announce our engagement and even more excited for My Big Fat Fabulous Life viewers to share this happiness with us.” It turns out that she hid the engagement for two months from fans. Now that the news is out, Whitney won’t have to try and be quiet.

💍🎉 Chase and I got engaged on October 9th in Paris and I’m quite possibly the happiest woman alive. It has been REAL hard to keep this a secret! Head to my stories for the @people exclusive! New season starts Tuesday, JANUARY 7 at 8/7c on @tlc. Can’t wait to share this with y’all! ♥️ #MyBigFatFabLife // EDIT: the ring is exactly what I wanted: yellow sapphire, diamonds, + white gold. 😩

She shared that she met Chase through Ryan Andreas, her business partner at NoBS Active. Fans will get to see Whitney saying she has a crush on him clear up to the engagement.

While at the top of the Eiffel Tower, he proposed to her. Whitney, of course, said yes to him. This couple seems very happy together.

Don’t miss new episodes of My Big Fat Fabulous Life when they return to TLC in January.

Does Colton Underwood Have A Boyfriend? (No, Not The Plant)
‘LPBW’ Fans Suspect Tori Roloff Is A Lazy Diva, Won’t Get Dirty With Zach
Duggar Kids Preparing For End Of ‘Counting On?’ Looks That Way
Wait, Why Isn’t A New Episode Of ‘Seeking Sister Wife’ On?!
THAT’S A WRAP! ‘LPBW’ Filming Complete: Is The TLC Series Finished?