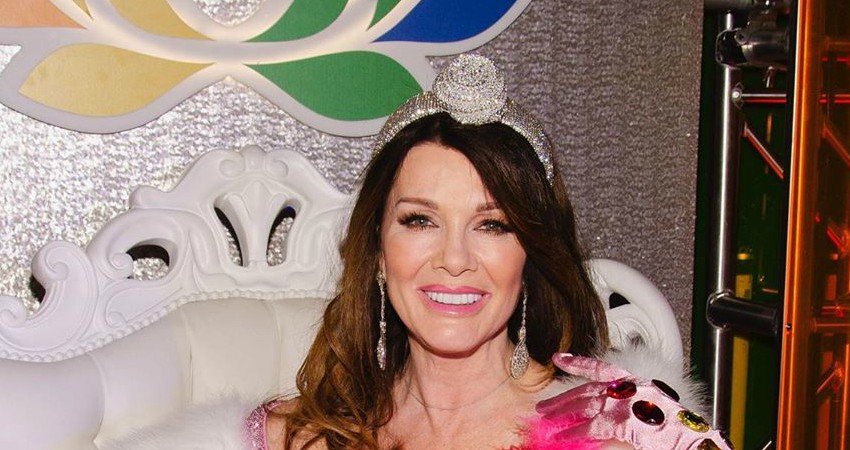 The Real Housewives of Beverly Hills icon Lisa Vanderpump lives life like a queen. She has fancy cars, exotic pets, a hot husband. Her home even has its own moat. However, her former RHOBH co-stars implied that Lisa relinquished her crown when she left the show during Season 9.

Reality Blurb reports that Bravo executive Andy Cohen confirms Lisa will always be a Queen. Andy is the mastermind of the hit franchise and also serves as the wrangler at reunion tapings.

The Real Housewives of Beverly Hills Season 10 filming is wrapping up. Viewers know what that means – time for the cast trip. The ladies of RHOBH hit Rome, Italy and documented their trip on social media.

Some fans took issue with Kyle Richards posting a photo of herself, Dorit Kemsley and newcomer Sutton Stracke posing in crowns. The caption said: “If the crown fits, wear it.”

Given that Lisa is often referred to as the “Queen Bee” of the show, speculation quickly circulated that the photo was a diss aimed at their former co-star.

However, Kyle tried to dispel those rumors by posting a tweet denouncing anyone calling being referred to as a queen unless they are actual royalty.

“Anyone referring to someone on a reality show as a Queen needs a reality check. With all due respect. I am NOT a queen nor is anyone on any reality show. Let’s save the crown and the Queen title for people who actually earned that title.”

Anyone referring to someone on a realty show as a Queen needs a realty check. With all due respect. I am NOT a queen nor is anyone on any reality show. Let’s save the crown and the Queen title for people who actually earned that title. https://t.co/xMLHP48KPz

A diligent fan tweeted to Kyle a clip of Andy calling Lisa the “queen of diamonds in the Bravo universe.” The fan taunted Kyle by asking if Andy was delusional, as her tweet implies of anyone who thinks a reality star is a queen.

Lisa has mostly stayed away from engaging in social media fights with her former co-stars. She does have her moments of taking a stand. Like when Kyle claimed that Lisa ‘avoided’ her at BravoCon when in reality, they were on two different panels.

However, Lisa seemed to enjoy the fan calling out Kyle. She replied, “nice lol” in response to the fan’s tweet. Kyle has yet to comment further on the Queen-gate drama.

Lisa is leaving a queen-sized hole in The Real Housewives of Beverly Hills that fans are afraid no one can fill. It was recently confirmed that Camille Grammer would return in Season 10 after saying at the reunion she wasn’t asked back.

Former stars Eileen Davidson, Kim Richards and Brandi Glanville are also slated to make appearances. A fan tweeted to Andy and asked why so many stars were coming back if the filming of the show was ‘going great.’

Andy clapped back that unexpected returns happen every season.

“Because we try to bring them back pretty much every single year at some point.”

Because we try to bring them back pretty much every single year at some point.

Tune in to The Real Housewives of Beverly Hills when it returns to Bravo sometime in 2020 to see if the other ladies can bring the drama in Lisa’s absence.