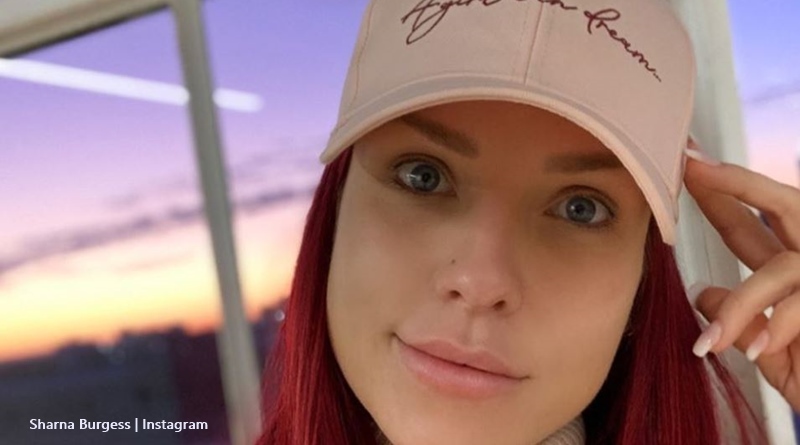 DWTS fans wondered what the future held for Sharna Burgess who never danced in Hannah Brown’s season of the show. Val Chmerkovskiy did participate again this year. And, now it turns out that both of them join a new show hosted by Jenna Dewan – Flirty Dancing.

TV Shows Ace reported that Sharna said the last season’s producers couldn’t find a suitable partner for her. But, she didn’t stress too much about it. In fact, she felt this gave her opportunities to expand her horizons. She talked about Australia, and later hinted she might participate in the Aussie version of The Bachelorette. It’s too soon to know if that comes off, but something new came along for her.

People reported that Sharna Burgess and Val Chmerkovskiy will join the dating show Flirty Dancing. The Fox dating series is hosted by Jenna Dewan and both the DWTS alums join as choreographers. Apparently, they join a list of So You Think You Can Dance stars. On November 25, Sharna took to her Instagram to recall that she and Bobby Bones won the previous Mirror Ball trophy. She wished the finalists good luck for this year, but never mentioned her new upcoming gig with Flirty Dancing.

A year ago something wild happened, @mrbobbybones and i won @dancingabc. He was voted in at #1 and #teambeautyandthegeek got to hold onto that title for a whole year. What an honor it was to have that (finally) , and now it’s time to welcome in the next favorite, greatest, most deserving winner of that beautiful mirrorball. Good luck to all the finalists, you all deserve to be there, you all deserve that trophy, and you all have been a total joy to watch this season. I’ll be Cheering you on from across the pond, glued to my timeline for updates (let’s go fandom) and sending you all so much love. Go get em champs, you’re all already winners ♥️💋

The new show premieres on December 29 and it brings a mix of dancing and dating. Well qualified, the two dancers should slot right in. After all, “Val” Chmerkovskiy also won DWTS twice. In the show, the pro dancers teach complete strangers how to “dance a half-dance.” They meet up on a blind date and then dance. But, nobody can say a word to each other. Probably, they need to just soak up what they can from the dance routine.

People explains more about how it works. Based on an existing UK show, “Flirty Dancing will feature singles who will perform a different choreographed dance with each of two potential love interests, before choosing the one with whom they have the strongest connection.” Other dancers expected to join Val and Sharna include Travis Wall, Tyce Diorio, Chloe Arnold, and Jonathan Redavid.

Nothing was said about whether Val’s wife, Jenna Johnson participates. But, she’s involved with the rather long DWTS live tour that comes in 2020. Rehearsals already started for that, according to ET.

Flirty Dancing, the UK version’s very popular as it combines both dance, music, and romance. That should suit Sharna Burgess very well. Are you looking forward to watching Val Chmerkovskiy And Sharna Burgess on the dance floor again? Sound off your thoughts in the comments below.

Remember to check back with TV Shows Ace often for more news about DWTS and Flirty Dancing.