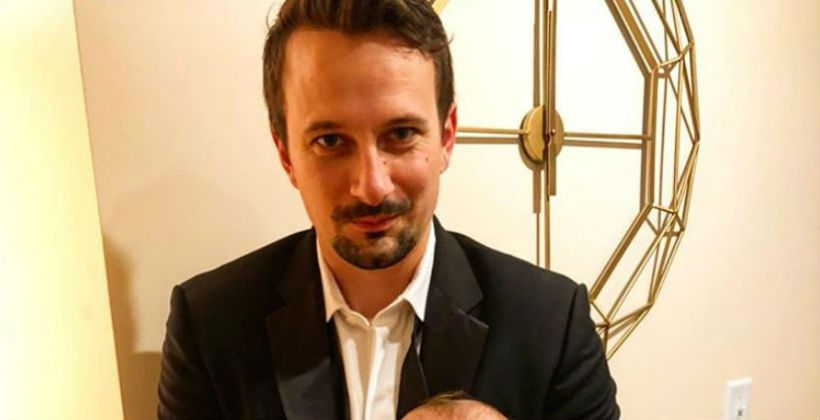 It looks like Bachelor in Paradise alum Evan Bass has gotten into a little trouble. Fans of Evan and wife Carly Waddell know that Evan has a men’s clinic specializing in ED and is located in Tennessee. Apparently, the Tennessee Attorney General has filed claims against Evan. So what did Bass do that upset some?

Why Evan has to pay money to the Attorney General

According to TMZ, Evan has been ordered to pay $150,000 to the Tennessee Attorney General because of misleading advertisements for his clinic. The allegations are that Evan used deceptive marketing campaigns for many of the male sexual function treatments his clinic offers.

The reports allege that Evan misrepresented costs, as well as, how well the treatments work. He also supposedly did not give accurate information as to how often the patients needed to return for treatment.

Evan did not admit any wrongdoing throughout the process. Basically he wanted the problem to go away. He agreed to pay the money and not have any repeat offenses of the claims.

Glam details: At the CMAs last night in Nashville, Carly was wearing a custom gown designed by Midtown Medical Center and makeup and hair done at 3am to make sure she was red carpet ready as early as possible, by her own hand. She was accompanied by her husband Evan Bass, Bella Bass, Liam Bass, Ensley Bass, and new son Charles Wolfe Bass. 😂 jk I HAD A BABY THIS WEEK!!!! Baby Charles was born on November 12th at 11:22 am in Nashville, TN. Charles was born quickly, after about 15 minutes of pushing, and came into this world face up (OP to the medical community) with one eye open and one eye closed like a pirate looking directly at me! He literally jumped straight into my arms, because the doctor let me pull him out the rest of the way! A beautiful and unique delivery. Charles is a beloved family name on both sides and we wanted to incorporate the name wolf because he was born on a full moon and started howling the second he was born. (Apparently this is a very popular name right now. Which makes my grandfather seem even cooler than he already was!) We are so thrilled and in love with our new little addition 🥰

The news of Evan having to pay a large amount of money to the Attorney General came at a bad time. He and wife Carly just welcomed their second child a few weeks ago. Their son is the fifth child for Evan and second for Carly. She gave birth to their daughter, Bella in early 2018 while he had three children already from a previous marriage.

Carly and baby are doing well, however, it doesn’t appear that was the case in the beginning. Just recently, Carly shared a vulnerable photo of herself on social media where she was holding cabbage leaves over her breasts. She captioned the photo with a long explanation as to why she had already stopped breast feeding.

How the couple met and fell in love

Just to refresh everyone’s minds, Carly and Evan met on Bachelor in Paradise. At first Carly did not like him at all. In fact, she thought he wasn’t great at all and almost vomited after one of their first kisses. All of that of course changed and after he faked being ill Carly realized how much she liked him.

The two left Paradise in love and engaged. They wed in the summer of 2017, had baby Bella in early 2018 and now their son in 2019. The couple and their family are adorable and Bachelor fans can’t get enough of them.

Hopefully now that Evan has paid his dues no more issues will arise for him. Stay tuned for more Bachelor news on TV Shows Ace.

Netflix Reveals If It Will Save ‘Manifest’ From Cancelation
Disney Plus Drops ‘Luca’: Stream Or Skip? [Recap & Review]
OMG!!! Are Zach & Tori Roloff Leaving ‘Little People, Big World’?!
Too Much Heat? Lindsie Chrisley Takes A Break From Social Media
Robyn Brown Has An Alternate Personality — And She Named Her