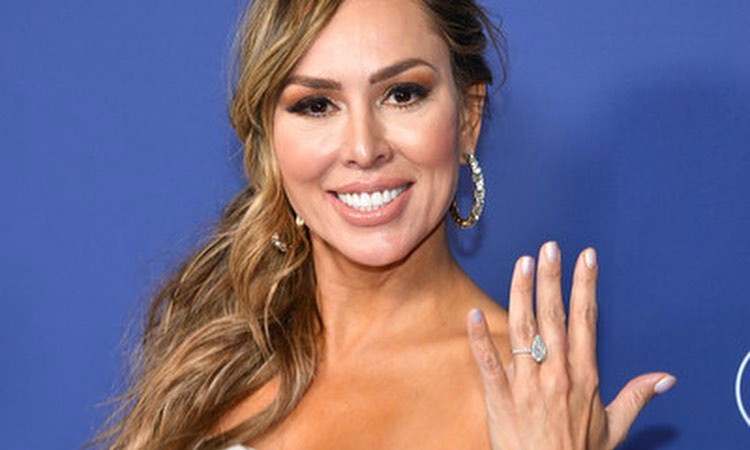 The Real Housewives of Orange County’s Kelly Dodd had an eventful post-Thanksgiving weekend. According to Reality Blurb, the reality star spent time in New York City with fiancé Rick Leventhal. She also reposted a ‘funny’ meme of her co-stars, Shannon Beador, Vicki Gunvalson and Tamra Judge.

After a whirlwind three-month courtship that began within weeks of her previous relationship with doctor Brian Reagan ending Kelly got engaged. During Bravo’s fan convention, Kelly revealed that the engagement was so unexpected, her daughter, Jolie, hadn’t even met him in person yet.

She hasn’t met Rick yet but she sees him on FaceTime. So she’s met him, but she hasn’t properly met him.”

Kelly’s RHOC nemesis, Vicki Gunvalson dragged Kelly for her quickie engagement without her daughter ever meeting the man. As TV Shows Ace reports, Vicki also made a claim that Kelly’s engagement was faked for the reality show.

The brunette bombshell denied that her engagement to the Fox News contributor was fake. Now she can also say that her daughter has met her fiancé in person. Kelly posted photos to her Instagram documenting their time together in NYC.

One photo includes Kelly, Rick and Jolie at dinner at the popular NYC restaurant Balthazar. Jolie looks less than thrilled, but teenagers, right? The caption reads: “Dinner with my loves.”

What a great day with my loves!!

In another photo, Kelly and Jolie are cuddled up together in winter attire of scarves, gloves and jackets. The caption indicates that the trio took a carriage ride through Central Park, followed by ice skating.

Thanks @rickleventhal for taking us on a Carriage ride through Central Park and taking us Ice Skating so much fun!

Fan Asks How Many Boyfriends Will Daughter Meet, Kelly Claps Back with Shannon Diss

Kelly certainly has no chill when it comes to her daughter or Shannon. A snarky fan asked Kelly in the comments how many boyfriends she’s going to intrude Jolie to but didn’t expect this response.

“Not as much as Shannon. She’s only met the doctor and this boyfriend is my fiancé. Soon to be her step Dad.”

Meme of the ‘Tres Amoebas’ Shared by RHOC’s Kelly

As RHOC fans know, the friend group of Shannon, Vicki and Tamra refer to themselves as the “tres amigos.” They’ve spent much of Season 14 spreading rumors about Kelly. There’s certainly no love lost between the co-stars.

Kelly retweeted a fan-made Photoshop of a photo from the upcoming reunion. The fan added a crown to Kelly’s head and replaced the heads of her rivals with amoebas. The RHOC outcast also posted the photo to her Instagram with the caption: “I like this meme.. It’s funny.”