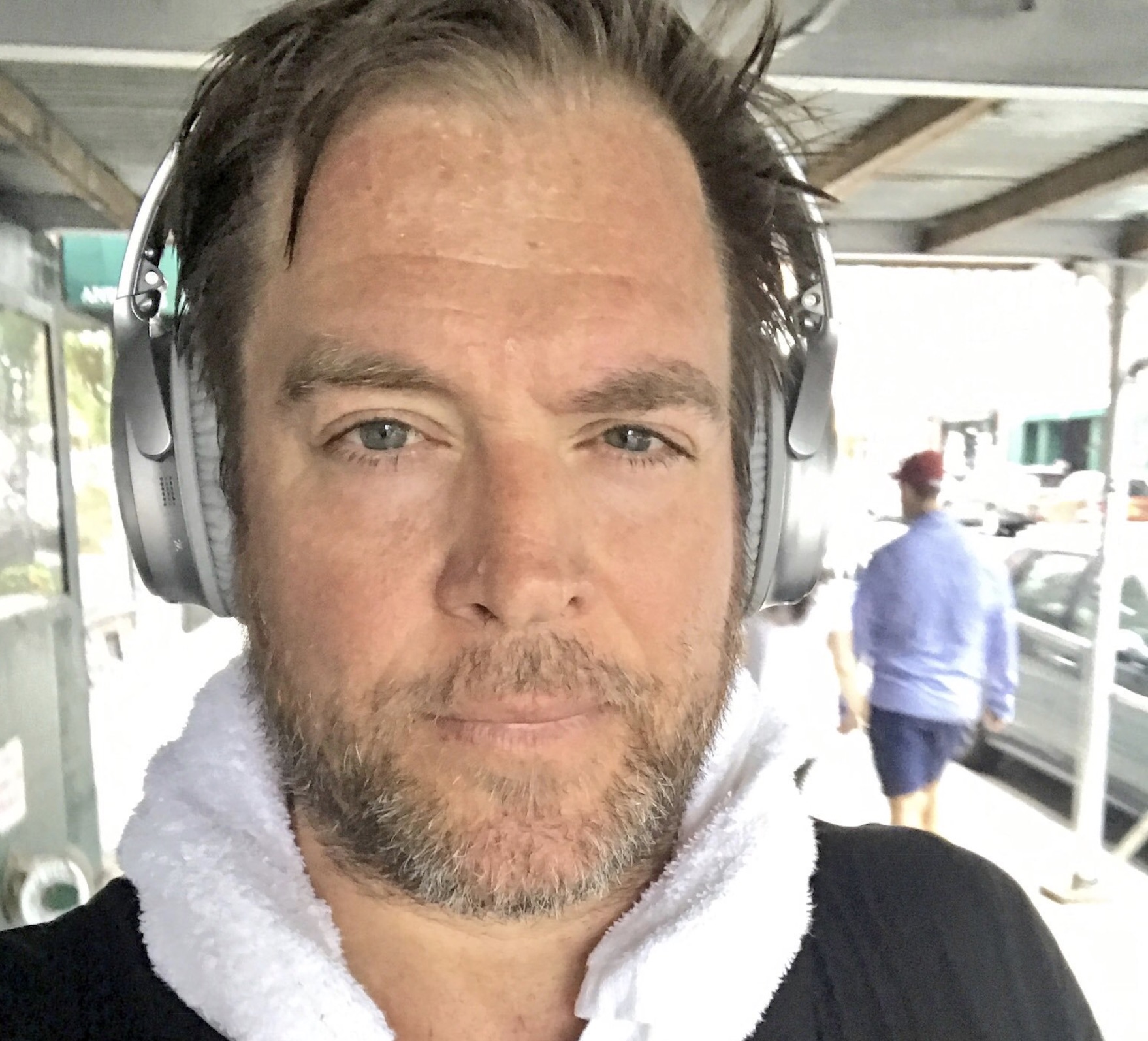 On Saturday, former NCIS star Michael Weatherly surprised his fans when he returned to Twitter after a six month hiatus. The current star of BULL wanted to say “hello.” What did fans want to ask him?

On Saturday, after a six-month absence, Michael Weatherly returned to Twitter. He shared a sun-kissed selfie, with the ocean behind him and a sneak peek of a palm tree. He posted: “After 6 months of consideration, I’ve come to appreciate this platform as a wonderful way to say hello. So hello.”

Not only has Michael Weatherly returned to Twitter, but his 3,338 tweets are back. These include a lot of bts photos from NCIS and BULL, the CBS show he is currently starring in. There is a lot of fan photo gold in his account!

There is a lot of NCIS gold as well. TV Shows Ace has previously reported some of his Tiva comments on his Twitter account. Unfortunately, when Cote de Pablo did return to NCIS, he was off social media and fans were unable to ask him about reprising his role as Anthony DiNozzo. Where did he go?

After 6 months of consideration, I’ve come to appreciate this platform as a wonderful way to say hello. So hello. pic.twitter.com/C10dFIxbKp

Weatherly last posted on Twitter on May 15, 2019. He never shared why he stopped all social media, but it appeared to coincide with another piece of unflattering news aimed at him. At this time, it was revealed that BULL guest star Eliza Dushku received a payout of $9.5 million dollars. According to the Huffington Post, she had accused Weatherly of  sexual harassment, and “cruel” language, in front of cast and crew.

In turn, Weatherly revealed in a statement that “When Eliza told me that she wasn’t comfortable with my language and attempt at humor, I was mortified to have offended her and immediately apologized. ” He also went on to say that he amended his actions.

In August TV Shows Ace reported that Weatherly and BULL showrunner, Glenn Gordon Caron, attended leadership coaching. CBS entertainment president Kelly Kahl revealed that this coaching was completely voluntary. He explained that the training is to learn how to be a positive leader on set.

Now that Michael Weatherly is back on social media, fans want to say “Hello Michael” right back! NCIS fans had a few questions building up during his social media hiatus. They were not shy about asking the affable and charming star if he was returning to his former show and about Tiva.

Immediately, one fan asked, “Okay so when are you gonna be on NCIS?” Another wanted his opinion of Cote’s new episodes when she asked him, “Missed you so much on here! What did you think of the NCIS episodes with Cote?”

Tiva was on the mind of most fans. Everyone feels that this story is not complete without the reunion of Tony DiNozzo and Ziva David. One fan asked, “And after 6 years we’ve been dying for a #Tiva reunion! So, is it happening anytime soon or what?” Another even offered some storyline ideas: “Hey man. Love the new show @BullCBS, But storyline over  @NCIS_CBS would push ratings to the extreme and drive us fans nuts for a few Tony/Ziva reunion episodes. Maybe Ziva watches you and Tali from a distance then someone takes a shot at you.”

And of course, people just welcomed him back with “hello” of their own or comments like this: “This is a Christmas gift early !!”

NCIS fans, are you excited that Michael Weatherly is back on Twitter? Are you following him? Be sure to check back with TV Shows Ace for the latest NCIS news. You know we want to see Tiva too!