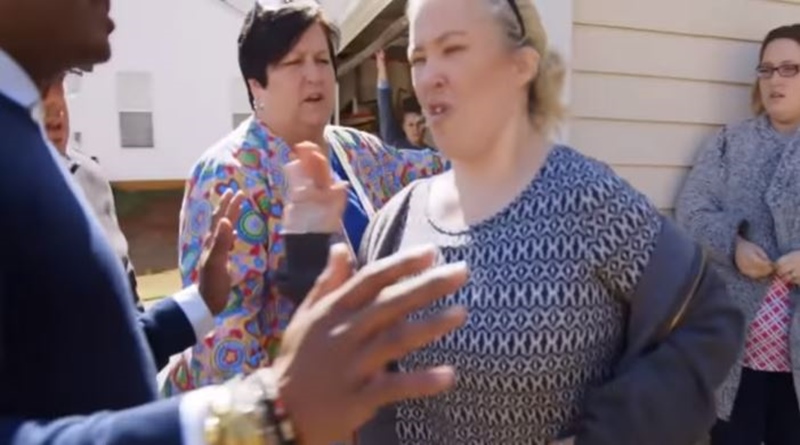 Mama June Shannon seemingly missed family time over Thanksgiving. We knew she got spotted drawing cash from a convenience store in Georgia ahead of the holiday. But, on Black Friday she was away in Cherokee, NC. There, someone spotted her in a casino alongside Geno Doak.

TV Shows Ace reported that June withdrew cash from an ATM in Georgia. But, we also noted that it seemed unlikely she spent family time with her daughters. Apparently, she remains estranged from her daughters in favor of maintaining her relationship with Geno Doak. A photo emerged showing her looking rather disheveled, untidy, and down on her luck. Published by TMZ, the original story and picture indicated she and Geno were driven in an SUV by someone else. And, now it seems we know where she headed with that cash.

Possibly, the money that she lives on right now comes from the sale of her Hampton home. Reportedly, Mama June Shannon and Geno took off in an RV. And, several times she’s been seen hanging in casinos. We speculated that might be the reason why Honey Boo Boo’s (Alana Thompson) money got some serious restrictions regarding access to the funds. Even her sister Pumpkin, who took over custody of Honey Boo Boo needs to account for anything she spends.

The not-so-hot star of Mama June: From Not To Hot obviously decided to give picking up some Black Friday specials a miss. While other moms might have taken their daughters out for some pre-Christmas shopping, Mama June and Geno went to a casino. Millions of people enjoy a dabble at the slot machines, but June’s family’s concerned as she faces federal drug offenses. A family intervention failed as we saw in the last season of the show.

TMZ again broke the latest story about Mama June Shannon. They snapped some shots of her back in the casino this holiday. She looked a bit better dressed than the pic that shows her at the convenience store. Nevertheless, she’s a far cry from the glamorous June we saw shed so much weight. Holding a drink, and not looking top-notch, she seemed engrossed in the casino. Geno stood beside her in one photo, wearing a pink shirt.

During the last season on WEtv, fans wondered why June’s teeth were missing. Many people assumed it was because of using drugs. Sometimes people use drugs to keep their weight down. And, it can cause teeth to fall out. After all this, we can see from the photos, that June’s still not attended to the missing teeth in her upper jaw. So many fans think June’s situations a terrible pity. But, mostly they feel for Honey Boo Boo who now lives with her sister Pumpkin.

What do you think about June still not fixing those missing teeth? Do you think it’s such a pity she seems to prefer gambling away Black Friday to spending time with her daughters? Sound off your thoughts in the comments below.