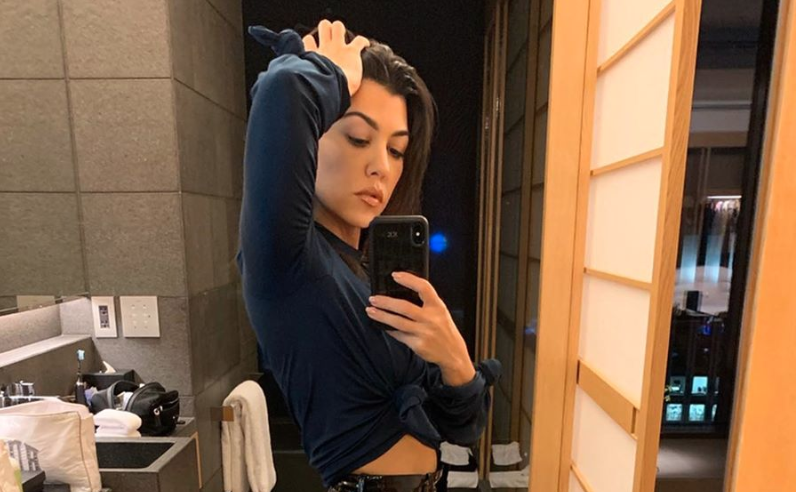 Kourtney Kardashian has had enough of the mommy shamers and is shutting them down before they can even get to her and her son, Reign. The star posted a video of the boy on social media with his long hair and made sure no one could say anything bad about the length.

Kourtney Kardashian isn’t letting anyone else be mean to her son Reign over the length of his hair. In the past, she has posted photos of the boy and everyone raged at how long his hair was. This time, she took to the caption of her Instagram video to shut them all down, in Touch says.

“Meet Tarzan. Anyone with hair comments is absolutely jealous of these divine locks.” she posted along with a video. She made it pretty clear, she’s not letting mommy shamers take over on this Instagram post.

The video was of Reign climbing on the monkey bars, hence the Tarzan reference. His hair really is SO long. It’s all the way down to his waist at this point. But, she isn’t wrong. People really should be jealous. Others may have to pay to get hair that great and he’s a little kid rocking the look for free.

“You feel me smooooove.” Meet Tarzan. Anyone with hair comments is absolutely jealous of these divine locks.

It makes total sense that Kourtney would want to protect her son after how many hateful comments he has gotten about looking like a girl with his long hair. People often say that he looks like his sister, Penelope, who actually has shorter hair now. Luckily, she got a ton of positive feedback on the post. A lot of other people came forward and said they also haven’t cut their children’s hair.

Ultimately, the only opinion that matters is Reign’s. If the child is happy with their hair, there’s really no reason to cut it. In the end, happiness is all that matters. By the looks of  it, he is having fun swinging around on those monkey bars and doesn’t really

What do you think of Reign’s hair? Do you think it’s too long? Let us know in the comments below. Be sure to watch new episodes of Keeping up with the Kardashians every Sunday night, the family is always doing something crazy that you won’t want to miss. And, come back to TV Shows Ace for news on all of your favorite reality TV stars.