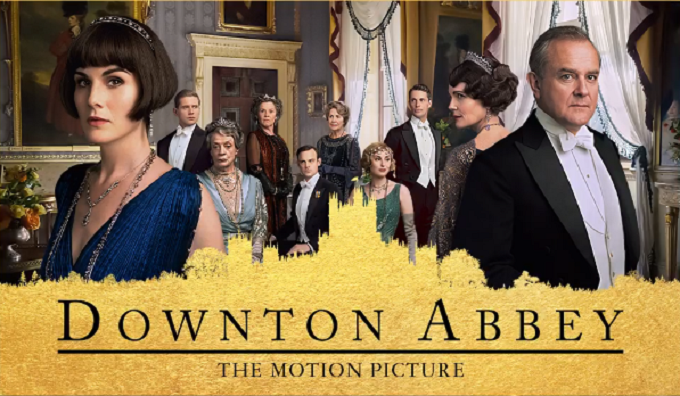 Downton Abbey fans will be happy to know that their favorite show will carry on. News has leaked about a possible Downton Abbey sequel. The beloved British series took place for six seasons on PBS and even had a reunion movie earlier this year. Producer Gareth Neame revealed in an interview with The Hollywood Reporter that the production team is “working on” another sequel.

Fans have been wanting a Downton Abbey sequel ever since the film debuted in September 2019. They just can’t seem to get enough. The film made $185 million worldwide and it looks like there are plenty more stories to share. Neame made the shocking announcement about a sequel to THR. But that’s only a matter of time, as long as they can get the cast together again.

“We’re working on what the story is, and when we might be able to make it,” Neame revealed. “But it’s the same as the first time around: We have to try to get everyone back together again. And that was very challenging.”

“All we have to achieve here is to get the fans out of their homes and buy tickets to go and see it, because people are used to watching at home…And if it does really well, then we’d have to do another one. We’ve got the beginnings of ideas of what we might do next – if that would happen.”

Maggie Smith is expected to make an appearance in the sequel, though it’s not confirmed

Without spoiling any information, the end of the first Downton Abbey film suggested that Smith was done with her character, Dowager Countess. But Neame hinted that there’s a chance that she could return to reprise her iconic character once more.

“All I would say is that one of the things that’s been commented on over the years about Downton Abbey is that we’ve had plenty of medical misdiagnoses,” he added.

While reuniting the entire upstairs-downstairs cast for a sequel could be difficult, a few actors have already confirmed that they would sign onto the project. Back in September, Allen Leech (Tom Branson), Laura Carmichael (Lady Edith), Michelle Dockery (Lady Mary), and Sophie McShera (Daisy) revealed to THR that they would return for the sequel.

Leech said that he would be opened to doing even more sequels of Downton Abbey. But he’s leaving that decision up to the fans if they want more.

“I hope that they feel that this is either a worthy bookend to the whole experience or it’ll be interesting to see if after this they still want more,” Leech added.

There’s no doubt that this formula has worked for other live-action series. Star Trek is just one example of a television series that spawned 13 films. Hugh Bonneville, who plays Robert Crawley, believes that Downton Abbey has the same potential, according to Showbiz CheatSheet.

“I can see a Star Trek franchise,” Bonneville said. “This is just a gentle opener to what’s going to be a huge franchise of five or six movies.”

What are your thoughts on a Downton Abbey sequel? Sound off below in the comments section and follow TV Shows Ace for more Downton Abbey updates.