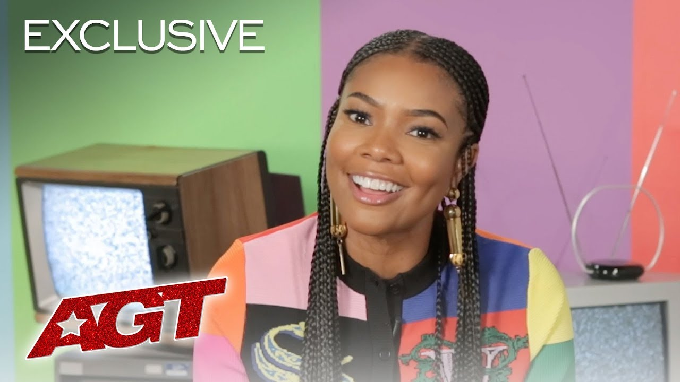 The America’s Got Talent drama keeps getting messier. NBC has since changed its tune regarding the matter with Gabrielle Union’s surprise exit from the series. The network and Fremantle and Syco have released a joint statement claiming that they’re currently “working with” the actress.

This statement is strikingly different after a Variety report revealed that Gabrielle was let go from America’s Got Talent following her alleged complaints about being in a toxic workplace environment.

“We remain committed to ensuring a respectful workplace for all employees and take very seriously any questions about workplace culture,” the joint statement read on Sunday, Dec. 1. “We are working with Ms. Union through her representatives to hear more about her concerns, following which we will take whatever next steps may be appropriate.”

On the same day that NBC released a statement, Gabrielle retweeted a tweet from Joelle Monique addressing the three steps to writing a public apology in an effort to “covering your own a**.” Gabrielle included the following message, “This! This! AND THIIISSSSSSS!!!!!!”

According to the Variety report, multiple sources who worked closely with the series revealed that guest star Jay Leno made an offensive on-camera joke which prompted Gabrielle to escalate the issue to NBC’s human resources. The joke was offensive to the Asian community. However, that incident was left unreported, according to insiders. Gabrielle was also allegedly told that some of her hairstyles were “too black” for the shows’ core demographic, according to four people who worked with Gabrielle.

Gabrielle Union receives a wave of support since her shocking exit

Several women in Hollywood and Time’s Up have asked for NBC to launch an investigation into the Nov. 26 report. One of those women was Grey’s Anatomy star Ellen Pompeo, who tweeted that “workplace cultures will continue to be toxic until there is unity and solidarity among all women.”

But NBC claims that they support “diversity” and “inclusivity.” On Nov. 26, NBC issued an original statement that shows a different story from yesterday’s statement. It seems as if they were refuting the claims made by Gabrielle and insiders.

“America’s Got Talent has a long history of inclusivity and diversity in both our talent and the acts championed by the show. The judging and host line-up has been regularly refreshed over the years and that is one of the reasons for ‘AGT’s’ enduring popularity. NBC and the producers take any issues on set seriously.”

Gabrielle has since broken her silence amid the controversy. She took to Instagram to thank her fans for their ongoing support and to take a deep breath from it all, as reported by Deadline. The controversy even led to Gabrielle’s husband Dwayne Wade to come to her defense on social media. Now the two appear to be taking a break after the series of reports in the past week.

“Lord, you KNOW I’m tryin…whew and breathe,” she wrote in the cozy Instagram post. “Support is everything.”

Lord, you KNOW I'm tryin… whew 🥴 and breathe. Support is everything. ❤ @dwyanewade

Gabrielle Union wasn’t the only one who’s been fired from America’s Got Talent. Julianne Hough has also been removed from the series. But she’s claiming a different tune from Gabrielle. As previously reported via TV Shows Ace, she denied the claims that she called AGT a “toxic workplace.”

What are your thoughts on the America’s Got Talent controversy? Sound off below and follow TV Shows Ace for the latest news on AGT.