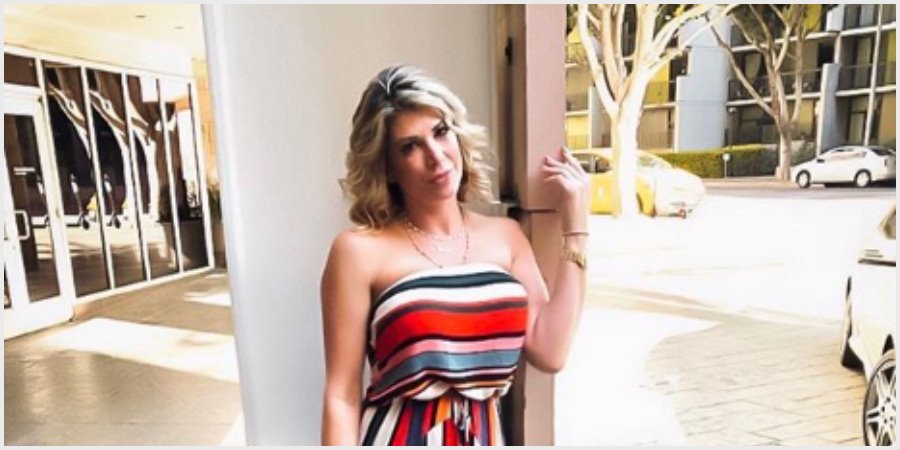 Alexis Bellino, formerly of RHOC stepped in it when she criticized her housekeepers on social media. According to Radar Online fans lashed out at her immeditealy calling her entitled among everything.

It all started when the ex-housewife posted a picture of a mess on her floor. She posted a photo of her couch. In the floor are some paper cutouts, a few feathers, and a pen. The picture isn’t what set fans off though, it was the caption.

When your couch accidentally disconnects and you realize your maids aren’t doing deep cleaning. Found 2 socks too… 😂🤦🏼‍♀️🤔

What Did Alexis Bellino Post That Made Fans Rage?

Alexis Bellino captioned the photo with a criticism of her maids. She said, “when your couch accidentally disconnects and you realize your maids aren’t doing deep cleaning. Found two socks too.” Fans took offense to everything about her comment.

Fans immediately started to post back to her. Some of the replies got really nasty with one person saying, “clean our own mess slob, I hope they spit in your food.” Lots of fans didn’t like her use of the word maids with one follower saying, “maid is such a trashy word.” Another fan said, “my mother cleans houses for a living and sorry but I take offense to the word ‘maid'”. Several people said the post was pretentious.

She Got Fans Going Twice In One Day

Alexis Bellino didn’t respond to the comments and she posted later about Black Friday. She said her son convinced her to take them and the crowds overwhelmed her. She took to video and said she had to wait, “thirty minutes to park and another twenty to get to valet.”

Fans locked on to the waiting for a valet part. One fan said, “poor thing you had to Valet… what a shame.” Another said, “stop spending Jim’s money and go home to clean your nasty house.” Of course there were people who took her side. One fan said she was a good mom for taking him out even when it ramped up her anxiety. Another said, “people post so much hate. She’s out with her kids and her daughter looks so happy.” That user wanted to focus on the positive.

Alexis Bellino recently made an appearance on RHOC but said she’d never come back. There’s a certain co-star she has no desire to be around. As with most things the negativity from these posts will pass, but Alexis Bellino may think before she posts in the future. She does have over three hundred thousand followers hanging on to everyone of them.