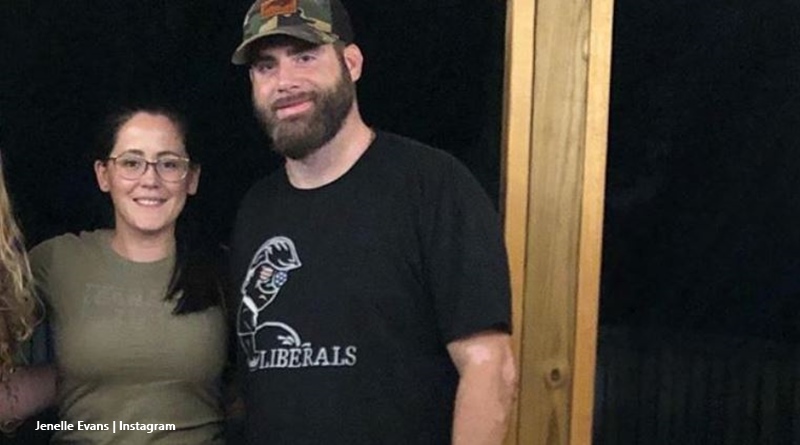 Teen Mom 2 fans do a bit of head-scratching over Jenelle Evans and her restraining order against David Eason. Extended for a further two weeks, that means David can’t see Ensley for a while. On Thanksgiving weekend, David took to his Instagram on a private post to say how much he misses his daughter.

Jenelle Evans always defended David Eason. Often, she assured fans that he’s a wonderful father. In fact, historically, her Instagram posts defended him even though he killed their little dog Nugget. But, she suddenly filed for divorce, and now it seems she thinks he’s the worst parent ever. No wonder fans head-scratch over it. Most restraining orders extend to the person not even sharing photos of the kids online. But, David shared one of Ensley and told a critical fan they were wrong about that. Nevertheless, Jenelle seems so at odds over what she says about David, many people become confused.

On his Instagram, this Thanksgiving weekend, one Teen Mom 2 fan said, “Funny how she said what a great dad he was the whole time they were together and the second they aren’t here isnt good enough to be around his kids. Children are people with feelings not pawns to be played with, and she deserves to see her Daddy. Good luck.” Another fan also noted Jenelle’s turnaround on David as a parent. They wrote, “Hell bent on everyone believing you were the best husband and father no matter what anyone was saying! And then she just flipped it all overnight!…..? Wth is really going on?”

David says he misses Ensley, a sad note at Thanksgiving

TV Shows Ace reported how David and Jenelle started slamming each other on social media after news of the divorce filing broke. It looks like both of them prefer life without the other. But, this sort of thing impacts the kids. Whether you love or hate David Eason, he is the father of Ensley and he even claimed he killed Nugget as he feared for her with the dog. But, Jenelle took out a restraining order on him, so he can’t see her for the time being.

Radar Online reported she since got an extension for a further two weeks. Apparently, the judge believed her accusations of his aggression and alleged abuse. In the meantime, until its all sorted out, David can’t see Ensley. He said on Instagram at Thanksgiving, ” Missing my precious baby so much.” Quite a lot of Teen Mom 2 fans felt a bit sad for him. One fan actually accused Jenelle of just doing it as she “sold her soul to MTV.” Actually, as the divorce filing came at the same time as an interview with MTV execs, many fans wonder if her motivation to divorce David arose from a TV show offer.

What do you think about David Eason not being able to see Ensley and missing her so much? Does Jenelle have you head-scratching as well? Sound of your comments below.