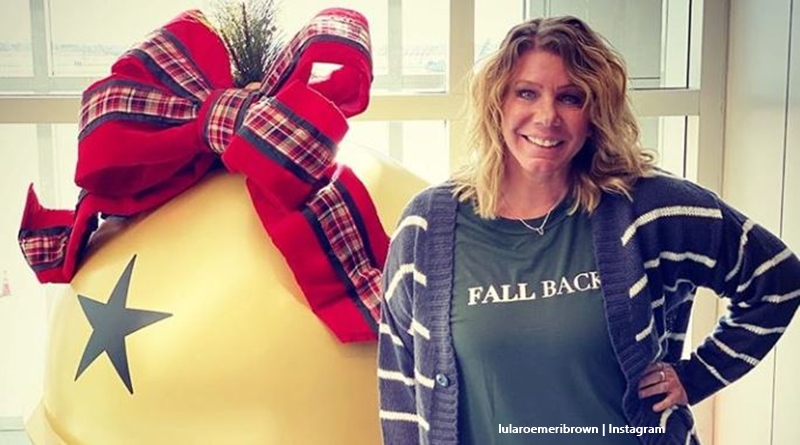 Sister Wives fans didn’t see many photos of Meri Brown with her family this year. Until the announcement of the upcoming season in January, we didn’t see photos of her with Kody Brown either.  It seemed that most of the time, Meri hit the road with her LuLaRoe business. But, she shared that she joined the family for some Thanksgiving fun.

Meri Took to her Instagram on Sunday night and shared a photo of her with Paedon and some of Robyn Brown’s kids. She told fans they went to the North Pole. Of course, they never went to the real North Pole. Meri talked about the North Pole Experience. A Flagstaff tourist attraction, it depicts Santa’s workshop, Mrs. Claus’ bakery, and an elf school. They all look really happy, which belies the suggestion Meri was estranged from her family.

Sister Wives fans reacted to the post, and here’s what some of them said:

Just another fun day with some of the kids at the North Pole! 🎄🎄🎄 #LivingMyWhy #BecauseICan #ChristmasTime #FamilyTime #Family #NorthPoleExperience #Flagstaff

TV Shows Ace reported that Meri seems very distant from her family. At one stage, she visited five different places in five days. She mentioned that she just popped into her home in Flagstaff to pick up a bag and then continued on her journey. That sort of thing made fans wonder if she actually prepared them for her new single life. But, with the new season announcement, word is that we’ll see a lot about Kody and Meri trying to rekindle their relationship.’

Radar Online reported, “After snubbing her husband from social media for nearly a year, the two reunited in a rare photo together.” So, perhaps the counseling worked. Many fans hope Meri leaves Kody and the Sister Wives show. They love her happy and independent lifestyle. But, Meri always slams the rumors. In fact, she sometimes becomes obviously irritated with them. Whether she spent Thanksgiving with the family because the new season comes along, or because she isn’t actually estranged isn’t known at this time. Whatever the situation, many other fans just wish them the very best life they can live.

What did you think about Meri Brown joining the family for a fun time at Thanksgiving? Sound off your thoughts in the comments below.