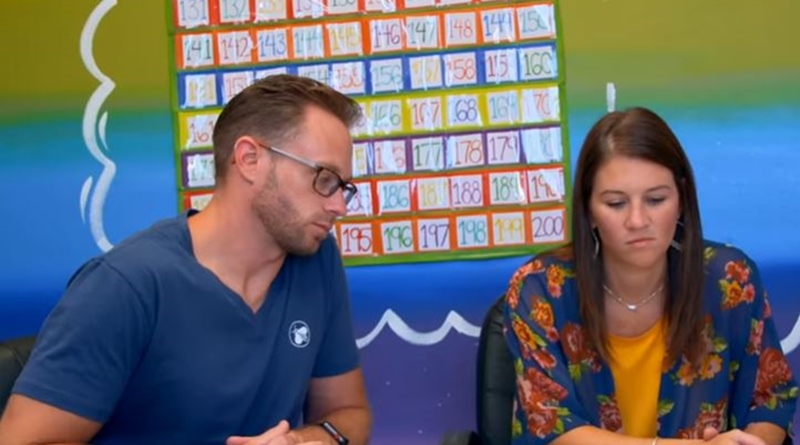 OutDaughtered brought some different scores for the quints’ educational testing and Riley started Kindergarten ahead of the other quints. The Busbys noted that they would need to make some “difficult decisions” at the end of the year. Now, a new clip about how the kids did in class emerged. And, fans chipped in their thoughts on which kid should be held back or progress into upper rotation.

OutDaughtered – Parker struggled in front of the cameras during educational testing

Parker didn’t do all that well when they first tested her. In fact, Danielle and Adam Busby ended up taking her to an occupational therapist. But, many fans grew critical as it’s obvious Parker hates the cameras. TV Shows Ace reported that as she suffers from anxiety, they should test her away from them. We noted, “with the testing for school entry, surely considering an exception for Parker’s turn’s feasible?” Now, it turns out Parker still struggles.

On the YouTube video clip where the OutDaughtered parents discuss the kid’s progress, fans commented about Paker. One wrote, “I feel that with Parker and her clearly struggling with anxiety, filming her getting tested maybe isn’t the best thing for her. I really have a lot of faith in her and if she was able to do her test away from the cameras, her results would be a lot different. Her anxiety will be made worse with the pressure of filming (maybe she’s embarrassed by the attention) Give her time to breathe and she will be able to focus better!”

Decisions about the other quints

Of course, the questions remain for Riley who does so very well. Do they hold her back so she spends more time with her other sisters? Or, do they let her move on ahead? And, should they hold Parker back? Is Hazel slow or just naughty? These tough decisions face OutDaughtered parents. And, fans all suggest ideas about it. On Parker, one person said “if it’s best for Riley to move up and Parker to stay in a lower level based on how they learn and absorb information then that’s what u should do. Keeping them all in the same grade should not be a priority.” Cheatsheet also noted that testing Parker in front of the camera was prejudicial. But it looks like it continues.

On the twins, Ava and Olivia, they did much better during the year than anticipated. So, that’s not too difficult a decision. But Hazel had some issues. And, it looks like everyone agrees sometimes she’s just naughty and won’t answer. But, one fan said of Hazel, that much like Parker, their schooling shouldn’t be done on camera. They wrote, “asking Hazel ‘what letter is that?’ could be done just as readily and more effective responses [obtained] in an informal setting. I don’t like either the teachers, the assessments, NOR the whole thing taped. Leave it out.”

Should the girls all stay together? Fans don’t think so

It looks like keeping the girls in the same class might be the way the parent go. But, fans don’t think that’s wise. After all, Blayke goes to school on her own and that never hurt her. One OutDaughtered fan noted, “Why would you want to keep them together just because they’re quints? If Riley is ready to go up, put her up. If Hazel and Parker need to stay down, then do it. They’re individual people. They don’t have to do everything together. It’s what is best for them and no one else.”

What do you think about all these decisions on the quints’ educational testing? Sound off your thoughts in the comments below.