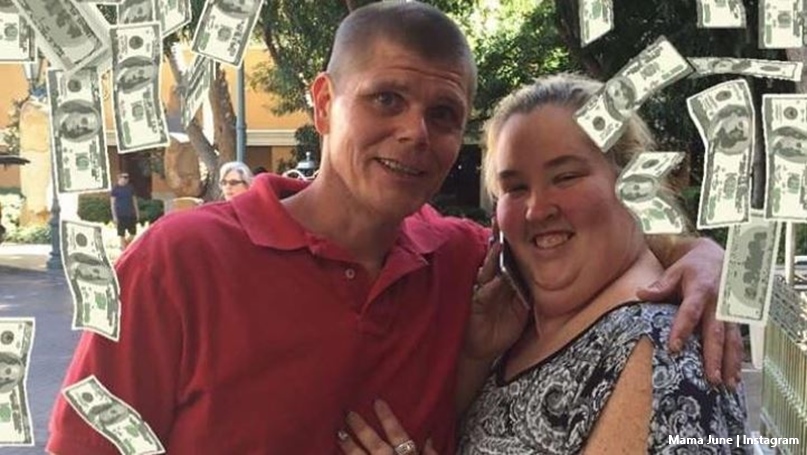 Mama June Shannon was not expected to spend time with her daughters on Thanksgiving. But, at least now we know that she is in Georgia. Someone spotted her drawing cash from an ATM in McDonough. Reportedly, she didn’t hang about for too long and left a convenience store after stopping in to draw some cash.

Mama June Shannon – Did she spend Thanksgiving with her family in Georgia?

TV Shows Ace reported ahead of Thanksgiving that her daughters probably wouldn’t see June over Thanksgiving. But, we noted that Pumpkin (Lauren) and Honey Boo Boo (Alana) might see their aunt and their sister Jessica. June’s apparently quite estranged from her daughters and it’s nice to think they caught up with her during the holiday. But neither June nor her daughters shared any photos of a family gathering on Thanksgiving.

Actually, the last photo June shared came in June this year. Fans pointed out that because of her taking off with Geno, she missed watching Tinks grow up. One said, “So 😢 tink growing up without YOU.” And, it certainly seems that she never saw her over Thanksgiving either, although fans would hope she did. However, at least she’s in Georgia and hasn’t disappeared completely.

TMZ reported they got a tip-off that Mama June went to a convenience store and drew some cash from the ATM. They noted that she didn’t stay long, and headed back out to the car afterward. TMZ published a photo and sadly if you thought her slide was not true, it looks like it is. Certainly, she looked far removed from her glamorous self we saw on WEtv’s Not to Hot. Her hair was carelessly tied up and hung in straggles. Her old-looking coat, pink tee, and unmade face just portray someone down on her luck, and frumpy.

According to the news outlet, one interesting point arose. Mama June Shannon arrived in a black SUV. She and Geno Doak sat in the back, and someone else drove the vehicle. It’s not certain who that driver could be. And, if you don’t recall, June ran into drug problems. In the last season of the show, we saw the family try an intervention that failed. Later, she sold off her home and went off in an RV. Since then, she reportedly hangs out at hotels and might be gambling. Sadly, not everyone heard about her arrest getting charged with a federal drug offense. But, some of her fans still post how much they admire her for getting her life together.

On her Instagram, just a week ago, one fan said to Mama June Shannon, “Just started watching the show on hulu and i’m so proud of you. i’ve watch honey boo boo since i was younger and seeing how much y’all changed is amazing. i love you guys !!” But other fans explained, “she started dating a drug addict and left her family and kids for him.”

What do you think about June being spotted drawing cash from ATM in Georgia? Are you at least glad that she still remains in her home state? Sound off your thoughts in the comments below.