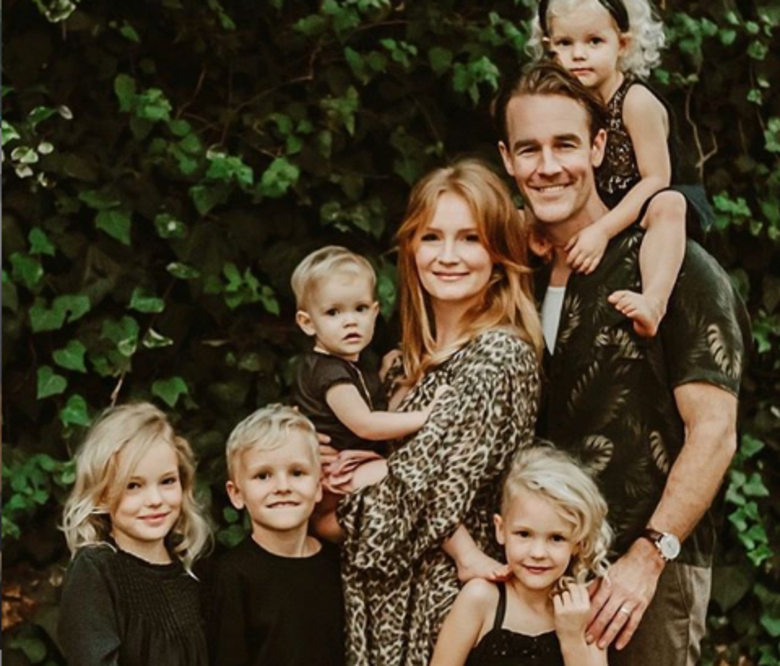 James Van Der Beek first revealed his wife Kimberly’s miscarriage when he competed on Dancing With the Stars. So, the couple has every right to grieve right now. But the couple was grateful as they celebrated Thanksgiving with their children. Both of them took to Instagram to express their gratitude as they get through this difficult time.

James Van Der Beek and his wife Kimberly spent the Thanksgiving holiday with their five kids. This comes shortly after Kimberly revealed that she suffered a miscarriage. On Thursday, Nov. 28, the parents took to Instagram to share loving messages to their family and friends for the ongoing support they received, as reported via People.

“In a place of newfound gratitude to have @vanderkimberly in this world today,” James wrote. “Got really scary for a minute there – scary enough to wake me up to how much appreciation I have for so many things I just take for granted.”

In a place of newfound gratitude to have @vanderkimberly in this world today. Got really scary for a minute there – scary enough to wake me up to how much appreciation I have for so many things I just take for granted. Also… thankful for all of you. I’ll admit, I paused for a moment, wondering if it was healthy to be thankful for one’s IG following, but it’s the quality of people on here I’m grateful for, not so much the quantity. I’d never been so open (especially with tragedy) as I’ve been these last few weeks, and you responded with love and support and prayers and shared your own stories, and we felt the energy… and it helped. So thank you. Also grateful that @amandademme was at the same Thanksgiving last night, who saw Kimberly resting after dinner and turned it into this photo. #ArtSaves #happythanksgiving everyone ❤️

James was referring to Kimberly’s miscarriage, in which she previously revealed “nearly lost my life.”

“I’d never been so open (especially with tragedy) as I’ve been these last few weeks, and you responded with love and support and prayers and shared your own stories, and we felt the energy… and it helped. So thank you,” James concluded his Instagram post.

Kimberly took to her respective Instagram account to give fans an update on her body and health.

“I am more grateful for life than I have ever been. For my husband. My children,” Kimberly wrote. “My family. His family that is my family. An incredible hospital nearby.”

So I would like to respectfully honor our beautiful native people and acknowledge the pains of the past and present that often get over looked on Thanksgiving when we historically have told false and misleading tales. All the while I would like to still give gratitude. I hope that piece of the holiday remains in tact, always. I am more grateful for life than I have ever been. For my husband. My children. My family. His family that is my family. An incredible hospital nearby. For my friends that are family ( @rosettagetty and @baltgetty your holiday love over all these years means so much). Even the messes that drive me crazy, the traffic, the disagreements, I’m here for all of it. IM HERE! I’m alive! My voice is beautiful and powerful. I’m grateful for it. I allow it to move through. My body is a gift. I am grateful for it and will care for it. I’m grateful for the universal life force energy that exists within all of us. I’m grateful. My dear friends, my trybe, the people that exchange smiles along the way. Thank you. And for those of you taking a moment to share in my message, thank you. 🙏

Kimberly continued to exclaim that she’s “grateful” to be alive. She wants to continue to use her voice and platform to inspire and uplift others. Kimberly is also grateful for her body. It’s something that she’s “grateful for and will care for it.” No matter how much tragedy the couple has suffered, she’s feeling grateful this Thanksgiving weekend.

As previously reported via TV Shows Ace, James previously took to Instagram to reach out to his fans. He shared a photo of his last dance on Dancing With the Stars. In his post, James revealed that he wanted to originally do a freestyle dance for his fans, but then he carried on saying, “but maybe it’s best I leave you with this.”

James even opened up about the personal tragedy that the couple has suffered. In a separate post, the actor revealed how he tried to support his fellow cast members even though they were also his competition. Then he realized it was he and his wife who needed the support the most. And his cast members lived up to their expectations.

My last dance. I’d been working for months with the intention of leaving you with a freestyle in the finals, but maybe it’s best I leave you with this. I did this show hoping my kids would see me work hard… little did I know they’d see me brought to my knees. Before our personal tragedy, I’d been trying to figure out a way to explain to my kids why I’d found it so important to support my cast even though they were technically my competitors. And then they saw me need their support. And accept it. It’s not the Olympics… it’s a reality dance show. But it’s also a family. Thank you to my partner and friend for life @theemmaslater for being so open and strong and talented, to the entire cast of pros for the mini master-classes and the wordless hugs, and the entire crew, from our segment producers to wardrobe, HMU, grips, P.A.’s and the band. Thank you for the safe, loving pocket you provided when I needed it most. And to all of you who’ve allowed me to share this personal and creative journey with you… thank you for all the good vibes and prayers. @vanderkimberly and I have needed them, and they’ve helped. We’re all in this together. That’s what this experience has shown me first hand – that interconnectedness is not just a nice, altruistic notion… it’s the only way we’re ever going to make it through. So thank you for your support. I’ll see you on the next dance floor. ❤️

He concluded that post by saying, “It’s not the Olympics… it’s a reality dance show. But it’s also a family.”

May James and Kimberly Van Der Beek and the rest of their family have a peaceful and joyful Thanksgiving weekend.