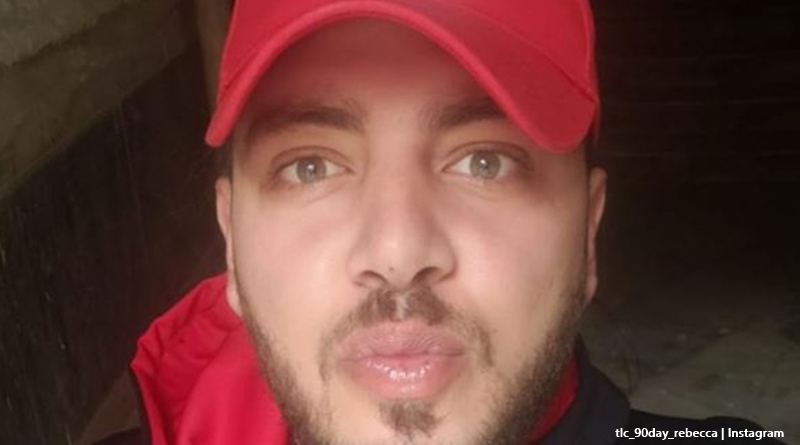 90 Day Fiance fans got used to Zeid Hakimi’s long hair and rather paunchy looks. But, he looks like he’s been made over and his new hairstyle’s got people raving. He’s already popular with fans, some of them a bit thirsty for Rebecca Parrot’s man, but he looks really handsome with his new hairstyle.

Rebecca took to her Instagram over Thanksgiving and shared a photo of Zied with his new look. His long locks are cropped really short on the back and sides and remain long on top. She captioned the post with, “Baby you are so sexy with your new haircut 😍♥️ I love you so machhh 😍😍 @tlc_90day_zied cut his hair! It looks like it did when we first met!” Well, many fans agreed that he looks very hot. And, they seem keen to watch his journey as he comes to the USA.

Previously, they got quite excited as Zied started up on Cameo.com. Those fans who ordered cameos from Zied never came away disappointed. Somehow, he manages to get that “soooo mach” trademark phrase into every one of them. Plus, he’s actually got a nice sultry voice with his accent. And, others just celebrate that their relationship worked out. It was touch and go at one stage. TV Shows Ace reported his anger when he found out his 90 Day Fiance partner never finalized the divorce before she flew out to meet him.

Many fans of the TLC show took to Rebecca’s Instagram to comment on the new look. One said, “OMG 🔥 HOT HOT HOT! Zied! I predict a modeling career in your future! I am embarrassed to admit your new look makes me feel like a cougar! Lol!” Another noted, “He looks great!! Looks like hes been losing some weight as well! Ur a lucky lady and hes an even more lucky man!! ❤️.” But, one cautioned Rebecca, saying, “Rebecca better step it up. He looks like the type to come here and upgrade.” Hmm, no reason to think he would, other fans think.

Many more 90 Day Fiance fans noted Zied lost weight and his hair no longer looks “greasy.” Here’s what some of them said about it:

Actually, the 90 Day Fiance star looks like he tackled his weight. And, he certainly looks young and a lot hotter than before. Plus, it looks like Rebecca and Zied still grow strong in their relationship according to Cheatsheet. What do you think of Zied Hakimi’s new haircut? Do you think he looks much better? Sound off your thoughts in the comments below.