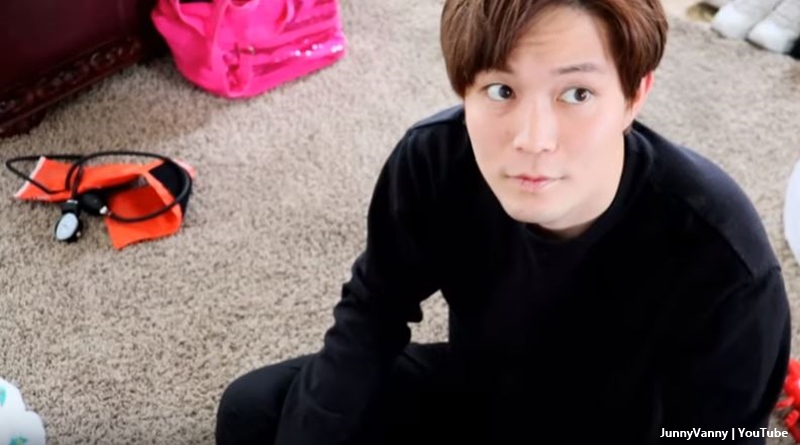 90 Day Fiance star Deavan Clegg arrived in the USA ahead of Thanksgiving. We reported she managed to get her lip injections fixed in America.  Since then, her mom shared lots of videos and photos of the kids, Taeyang and Drascilla. Now, Deavan took to Instagram to direct fans to their Thanksgiving post on YouTube

Jihoon’s so often described as a “childlike” man by fans of the TLC show. Actually, his Dad also used that expression during the first season of The Other Way. And, he never looks happier than when he’s playing around with Drascilla and their son Taeyang. On her Instagram, Deavan told fans where to go to see him enjoying an American Thanksgiving. She captioned her post with, “New Video! Happy thanksgiving take a look at our thanksgiving video now up on our YouTube Junnyvanny.”

Deavan also assured 90 Day Fiance fans that she’s not pregnant. It’s just that she chose an old picture for her post. TV Shows Ace noted that rumors of a new pregnancy arose, which she denied. We also wrote, “Unfortunately, Deavan announced to fans that she suffered a miscarriage on October 9.” So, they won’t be celebrating a new baby this year. but, they certainly look celebratory in the video on YouTube.

In the video on YouTube Deavan showed Jihoon and Drascilla with a friend. All of them sat on the floor playing with toys. Jihoon managed to look thoroughly engrossed in the play-time. Deavan asked him, “what is today?” Looking a bit puzzled at such a simple question, he replied, “today is Thanksgiving.” But, looking really happy, he told Deavan that he’s really “excited” to celebrate his first Thanksgiving ever.

The rest of the house looked filled with friends and family, and her mom said, “It’s a day to be thankful to be alive.” Well, 90 Day Fiance fans can all agree with that. Just being on this planet for Thanksgiving’s rather special. And, made more special if they’re able to spend it with family. As you do at Thanksgiving, a delicious meal got served. But, it looks like baby Taeyang stole most of the attention. People gathered around to hold the sweet little fellow and take photographs.

The Thanksgiving video shows a happy family and the 90 Day Fiance couple seems very happy. Chalk one up for a success story from TLC. USWeekly reminds us that “Deavan Clegg and Jihoon Lee officially welcomed their first child together, a son named Taeyang Scuti Lee Clegg on April 11.” We also saw it on the show in August. Poor Jihoon missed the birth of his son but he watched it on live video.

What do you think about Jihoon experiencing his first Thanksgiving in the USA? Do you think it’s nice to see him looking so happy with Deavan Clegg’s family? Sound off your thoughts in the comments below.

‘RHOBH’ Fans React To ‘The Housewife & The Hustler’ Premiere
Did You Miss This JonBenet Ramsey Reference In ‘Cruel Summer’?
Sister Wives Star Mykelti Returns To Her Original Roots
Todd Chrisley Talks About People Who Stab Him In The Back
Lauryn ‘Pumpkin’ Shannon’s Baby Boy’s Name: When Will Fans Meet Him?