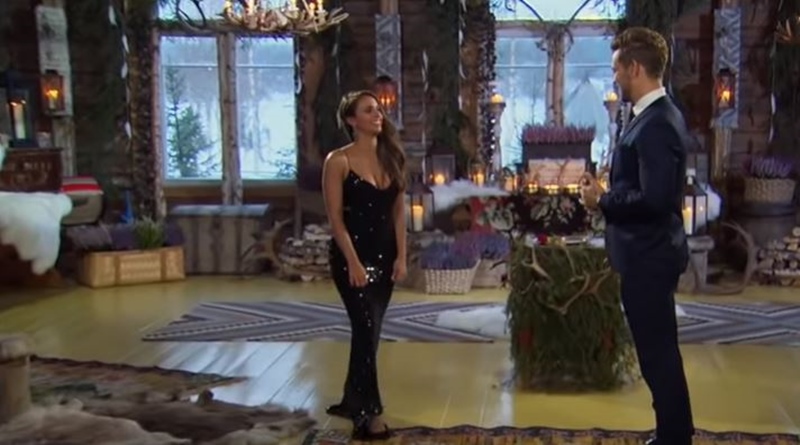 The Bachelor featured Nick Viall in 2017 and brought a big clash between Rachel Lindsay and Vanessa Grimaldi. It ended up with Nick proposing to Vanessa. But two years further down the line, it looks like the two contestants moved on from their feud. Vanessa split from Nick and Rachel also moved on over the derogatory things said that started the feud.

The Bachelor feud that got Rachel Lindsay and Vanessa Grimaldi fuming

TV Shows Ace reported that Vanessa stared “dating businessman Josh Wolfe.” So, she gets on just fine without Nick Viall in her life. So, it seems rather a pity that she and Rachel were at loggerheads during Nick’s The Bachelor. However, it looks like both contestants adulted over it and they move on from the feud. You may recall that it all started on Reddit with Danielle Lombard sharing about something Vanessa said. Allegedly, it was very “derogatory.”

Refinery 29 reminds us that we saw Vanessa and Rachel sobbing during a basketball game. And, no, it wasn’t over a foul or nasty court play. It turned out that Rachel felt Vanessa stabbed her in the back. Rachel claimed Vanessa “tried to get everyone else in the house to hate me, while I was gone on my date and never talked to me about the things she didn’t like even though we were supposedly friends.” After the incident, the two contestants stayed away from each other. But, they since made up.

Vanessa and Rachel are now friendly

People reported this week, that Rachel and Vanessa moved on from their feud. Rachel spoke about it on the Bachelor Happy Hour Podcast. During her chat, she said that after a while, Vanessa sent her a message and they started talking on the phone. Rachel added, “we didn’t even hash out what had happened because we’re so many years past that. We just picked up where we were and had a conversation about it and wished each other the best. We’re totally friendly and cool now.”

But, Rachel seems to have relationship problems with other The Bachelor contestants. Screen Rant reported in late November, that “Raven Gates from The Bachelor recently defended herself after Rachel Lindsay publicly stated she refuses to be her friend.” They became quite friendly during the Nick Viall show. Plus, after Lindsay went on to The Bachelorette, they remained on good terms. That was until Rachel told Andy Cohen something happened that was “irreparable.”

What do you think about the fact at least Rachel Lindsay managed to fix the feud with Vanessa Grimaldi? Do you think the same thing might happen with Raven Gates? Sound off your thoughts in the comments below.

Remember to check back with TV Shows Ace often for more news about the contestants of ABC’s The Bachelor.

Is It Too Late For Jill & Jessa Duggar To Sue Josh For 2002 Molestations?
Erika Jayne Promotes ‘RHOBH’ Amid ‘The Housewife & The Hustler’ Debut
Candace Cameron Bure Puts On A Leggy Display At The Poolside
‘MasterChef: Legends’: Who Is Curtis Stone?
Blu Waldrop Gives Up Favorite Boots For Bigger & Better? [See Pics]