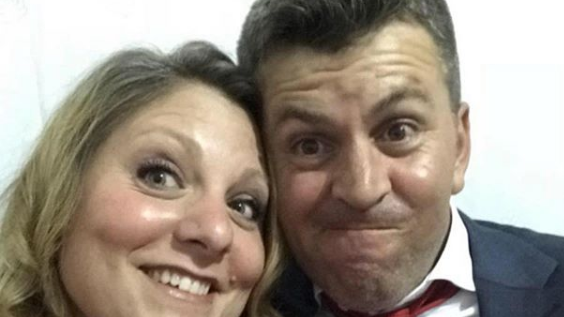 90 Day Fiance fans are wondering if Anna Campisi and Mursel Mistanoglu are now married. The couple has been keeping their relationship status a secret. This is understandable since Season 7 of 90 Day Fiance is currently on the air. What’s not cool is that Mursel is keeping their relationship from his family in Turkey. So, did they officially get married?

(Warning: 90 Day Fiance spoilers ahead. Do not continue reading if you’re not interested in learning the current status of Anna and Mursel’s relationship. Return to the TV Shows Ace homepage to check out the other reality TV news.)

It turns out that Anna and Mursel are a married couple, according to the FraudedbyTLC Instagram page. According to the official court records, the couple reportedly got married in Nebraska on September 8. While the couple has refrained from sharing intimate photos or referring to each other on social media, Mursel has changed his location to Nebraska on Facebook, according to Reality TV World.

Mursel is from Antalya, Turkey, but has studied at California State University, Northridge. It’s unclear whether Mursel came to America to study abroad or he if took online classes. As previously noted on 90 Day Fiance, the couple met on Facebook through a beekeeping group. The two seem to be enchanted by each other on social media.  However, they have trouble communicating their feelings in real life.

Despite their religious and cultural differences, the two fell in love. She revealed that Mursel proposed to her after a few months of communicating. However, the two had not even met yet. Even Anna said that Mursel was crazy. Thankfully, Anna’s first meeting with Mursel went very well. So well that she applied for his K-1 visa, which was later approved.

Anna and Mursel have huge communication problems, as evidenced by the show. The two communicate using a translation app. That didn’t seem to bother Anna as she was looking forward to spending her first night in America with Mursel. After their first night together, Anna said their first meeting was “great.”

Things also got awkward when Mursel met Anna’s sons. He tried to hug the boys, but they pulled away. Mursel also had trouble communicating with the rest of Anna’s family and friends throughout his trip. He only seems to understand the words “good” and “pizza.” As previously reported via TV Shows Ace, Mursel was seen leaving Anna to return to Turkey.

Just How Many ‘DWTS’ Season 30 Contestants Have Dance Training?
Kanye West Wasn’t As Committed To Kim Kardashian As She Is To Him
Jennifer Aniston Reveals She Is Not Attending The Emmys This Year And Why
Are Dean Unglert & Caelynn Miller-Keyes Finally Getting Married?
Savannah Chrisley Shares Reason For Her ‘Heavy Heart’