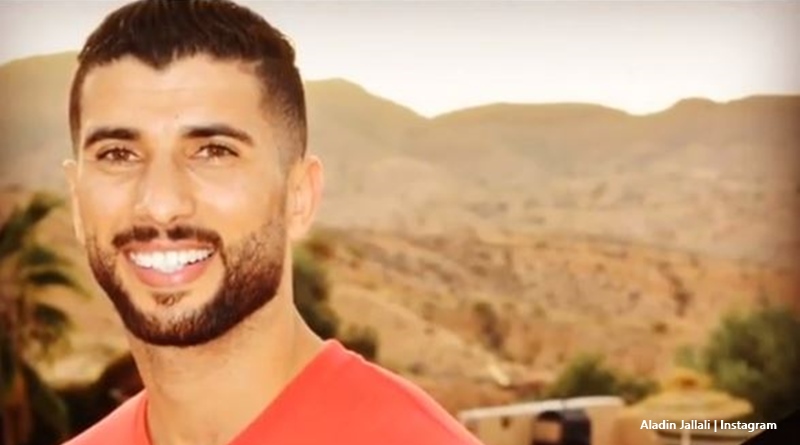 90 Day Fiance fans know that Laura and Aladin Jallali split. And, ever since then, thirsty fans chat on his Instagram about how the Tunisian can always hook up with them if he wants. Even before the split, Laura complained about fans thirsting for him. And, it seems that he’s had enough of it. He took to his Instagram to tell them to stop trying to buy his interest.

Aladin recently started his own business. Tv Shows Ace reported that people can book trips with his new company and see the Tunisian sights. Many fans show interest in meeting him there. But, even on those posts, fans comment about how they can hook up with him. It comes from Canada, the UK, the USA, and more. And, it looks like Aladin’s just over it. He shared a photo that said, “Not For Sale.” He captioned it with, “I am a MAN… I make my own money… and I am not for sale! Stop trying to get my attention with money or greencards or fancy cars or luxury homes because it will never work.”

Perhaps he’s really not into going to live in Canada or the USA. And, maybe he’s not desperate for money as Laura made out. Cheatsheet wrote in October, “Laura is confirming her divorce — and also suggesting that Aladin Jallali was never in it for love, but rather for money and a visa.” Maybe those thirsty fans believed Laura. During the 90 Day Fiance Tell-All, it turned out the two paid alternate periods on the rent. But, that still might not indicate he’s desperate for cash. After all, Laura herself ranted during the season about being an “independent” and emancipated woman.

Aladin also added another comment to his post, where he said, “And no, I am not a piece of meat to be auctioned off to the highest bidder!” Many fans responded, with one pointing out an interesting viewpoint. They noted, “its nice to see men [handling] the same situations that women have dealt with forever.” Another 90 Day Fiance fan agreed, writing “That’s how I feel when these guys come up to me in public! Nope and nope. I’m not for sale either.”

Meanwhile, other fans liked that Aladin told people he’s not for sale. One said, “I’m sooo glad you said this you can see that you are a good person with substance and that it goes deeper then material things!!! Good for you!!! I(sic).” Another noted, “Honestly though, I’d NEVER try to buy you. I’m too broke. I can cook, though. Can you be bought with a hot meal and some desert? Okay, I’ll stop playing. Are people seriously trying to buy you off, or are they just joking around? If they are serious, that’s insulting! Geez, you’re not a prostitute smh.”

I am a MAN… I make my own money… and I am not for sale! Stop trying to get my attention with money or greencards or fancy cars or luxury homes because it will never work. #notforsale #imakemyownmoney #notagigolo #ridiculous #lovecantbebought #whatwerryouthinking

What do you think about all those thirsty fans trying to “buy” Aladin’s attention? Do you think it’s good to see a man suffering the same things that all women put up with in their lives? Sound off your thoughts in the comments below.

‘KUWTK’: Wait, Does Kanye West Have A Girlfriend?!
Jenelle Evans Gets ‘Super Sick,’ Refuses COVID Test & Here’s Why
What Exactly Does Jovi Dufren From ’90 Day Fiance’ Do For A Living?
‘Autopsy: The Last Hours Of Bob Crane’: Release Date, How To Watch
Karen Derrico Meets Donor Family That Saved Her Daughter’s Life