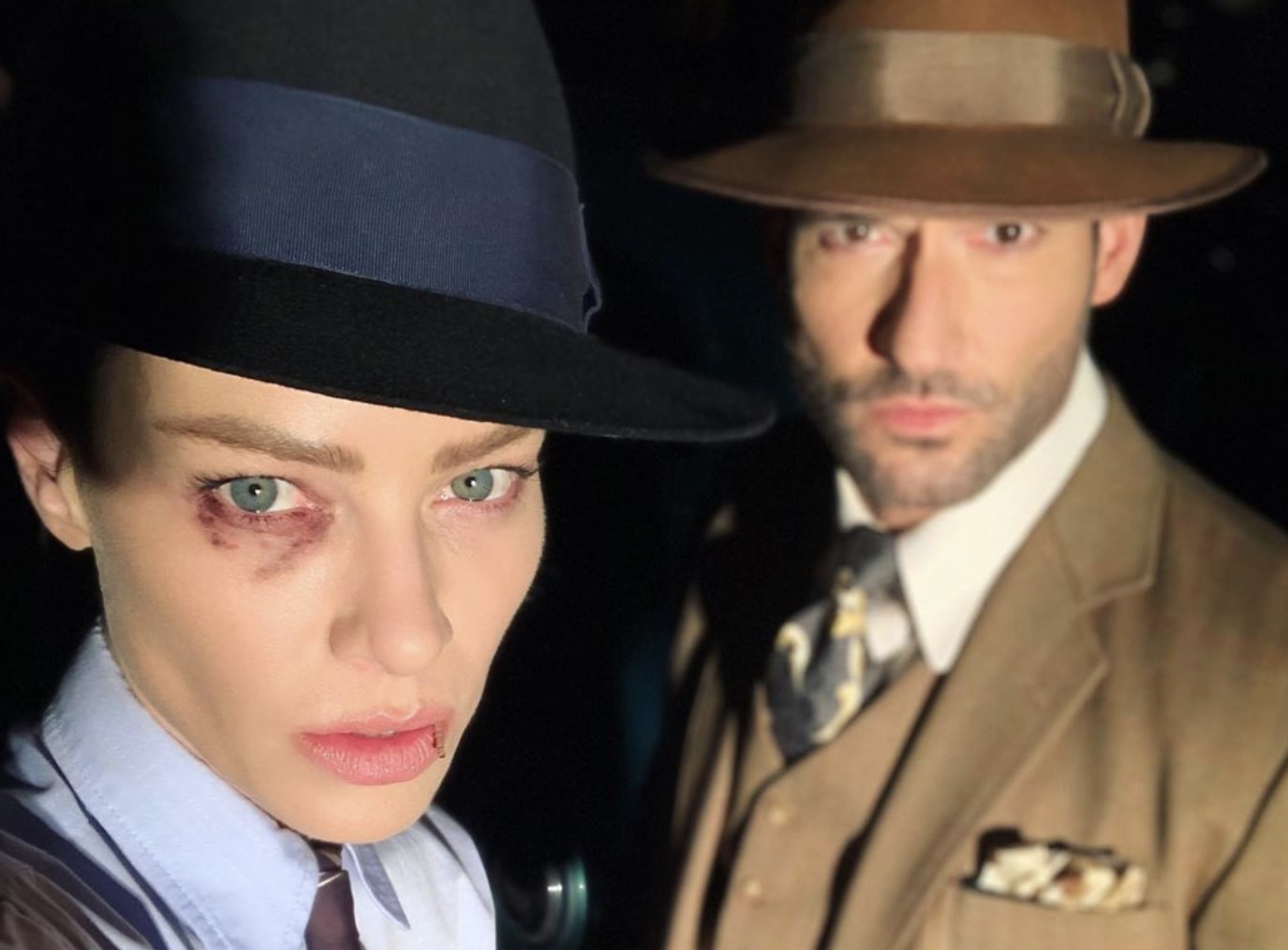 Will Lucifer and Chloe walk down the aisle in Lucifer Season 5? TV Shows Ace has reported on many theories about the Netflix show, but until recently, the devil’s wedding was not even on the radar. Why do Lucifans think there will be a wedding?

Series Endgame Is Lucifer And Chloe Together

Since the Fox cancelation of Lucifer, the intention has always been that Lucifer and Chloe would be together. So, would this mean marriage? ET recently asked Tom Ellis and Lauren German whether they thought that Deckerstar would marry.

Tom, who recently celebrated his own nuptials, pondered the question a bit. “The eternal bachelor? Well, if it’s the right person…” then he began to equate it to his own life, “…like it has been in my actual life.” He clearly had not pondered the the idea of a wedding, but didn’t outright reject the idea.

Yet, he pointed out something pretty big as he asked about the wedding, “In the presence of God?” We know that Lucifer’s relationship with his father is cantankerous and rife with some major misunderstandings and personal issues. There seems to be the need for some serious healing between father and son before Ellis could imagine a church wedding.

As for the wedding, he imagines Chloe in a traditional white gown, he in a suave 40s tux. She would walk down the aisle to the ever-happy 80s song “Walking On Sunshine.”

But, Lauren German saw Chloe’s wedding gown and walk down the aisle quite differently. “I would say black dress, tons of fire, like in Hell, and maybe a very heavy classical piece. Maybe Wagner or, you know, some awful acid metal, death metal!”

One thing she is sure is that if Lucifer went on one knee and proposed to Chloe, she would say “Yes!” German clarified that although sometimes Chloe acts as if she wants something else, it is Lucifer that she loves.

Love At the Core Of Lucifer

Lucifans have been promised an “awesome” Lucifer Season 5. TV Shows Ace has previously reported that both the showrunners and Tom Ellis have promised that final season of the Netflix show will be “awesome.” Although the end is surely bittersweet for this cast and crew that has a blast and loves their job.

From the storyline, to the fans to those who are involved in the series, at the root of this show is love. It would seem fitting that the show would end with a celebration of love. Why not a Deckerstar wedding? Ellis stated that his favorite stories are those that end with “hope.” He sees a happily ever after for Deckerstar. But, what about other characters on the show?

Could There Be Other Weddings To End The Series?

While we are at it, why not a Maze and Eve wedding? Then there is a question of a union between Charlotte and Detective Douche. That may be more difficult, considering they are on two different realms, but this is an imaginative writing team. They could certainly find a way to make this happily ever after happen as well!

Lucifans, do you want to see a wedding in Lucifer Season 5? Be sure to check back with TV Shows Ace for the latest on Lucifer. Netflix will drop the 16 episodes of Lucifer Season 5 in two parts, in 2020.