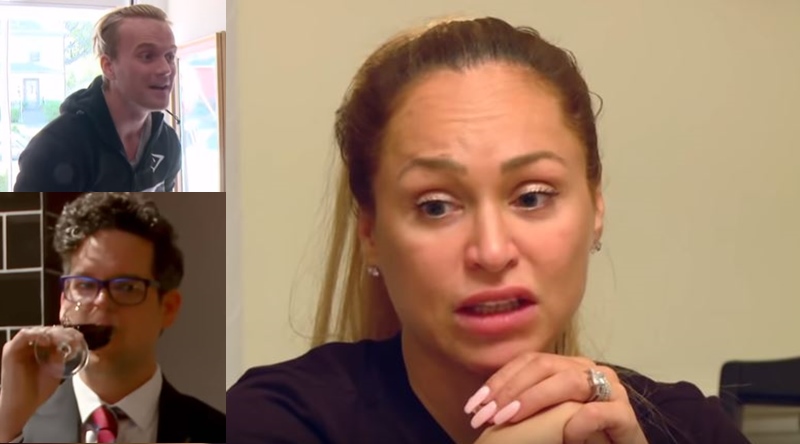 90 Day Fiance fans heard that Jesse Meester bleated about him and Tom comparing notes on Darcey. TV Shows Ace reported that he made out those two grown men were victims of Darcey. Now, a pic of them in NYC together emerged and fans ragged on them really hard.

Blogger and guru for the show, @johnyates327tv shared a photo of Tom and Jesse and captioned it with, “Looks like they’ve called an emergency Mensa convention in New York City right now.” Fans really went to town on them. One said, “What, are they filming the current season’s reunion already?” To that, John replied, “I think they’re in talks for a Bosom Buddies reboot.” Next came, “I can see Jesse in Perfect Strangers doing Balki’s Dance of Joy 😂.”

Meanwhile, 90 Day Fiance fan @stuffbyjno commented, “The sonic explosion from their two brains put in the same room can be felt even down here!” Further on John Yates said, “I feel most sorry for their waitress – imagine trying to get a word in? 🤷‍♂️🤣.” Referring to Jesse’s obsession about cutting meat along the grain, one wit noted, “do you think Jesse lectures Tom on the correct way to eat a pizza? These two are the worst.”

Many 90 Day Fiance fans think that Jesse’s super controlling, and Tom never really garnered a lot of love. Both of them dated Darcey Silva, and not many people feel sorry for them. In fact, they just wish Darcey wouldn’t hang with such “losers.” More fans laughed at the expense of Tom and Jesse and here’s what some of them said:

Meanwhile, Darcey’s taken off and declared her love for a new man. Maybe we’ll see them another season of 90 Day Fiance.

Darcey reveals her new love and calls him a ‘Viking’

TV Shows Ace noted that Darcey seems to have moved on from both Jesse and Tom and their five minutes of fame. She shared a picture of him, and while we noted he looked rather nice, apparently, he’s not. @fraudedbytlc said in the post, “Michael’s, the guy who I posted about on my page the other day. Pics of them FaceTiming, receipts of money she sent him etc. he also sent me naked videos of her cause he was mad at her and wanted me to revenge p0rn them 🤷🏻‍♀️. Stand up guy.”

What do you think about Tom and Jesse Meester getting ragged on by fans? Do you wish they’d just move on? Sound off your thoughts in the comments below.

Viewers Are Here For ‘Thicc B*tch’ Corey Of ‘Too Large’
Joy-Anna Forsyth Under Fire For ‘Reckless’ Mistake [Video]
Nick Viall & Natalie Joy Take Huge Step In Relationship
Jill Dillard Defends Amid Backlash For Feeding Dog Old Breastmilk
‘The Young And The Restless’ Spoilers, June 11-14: Summer Needs To Watch Her Back