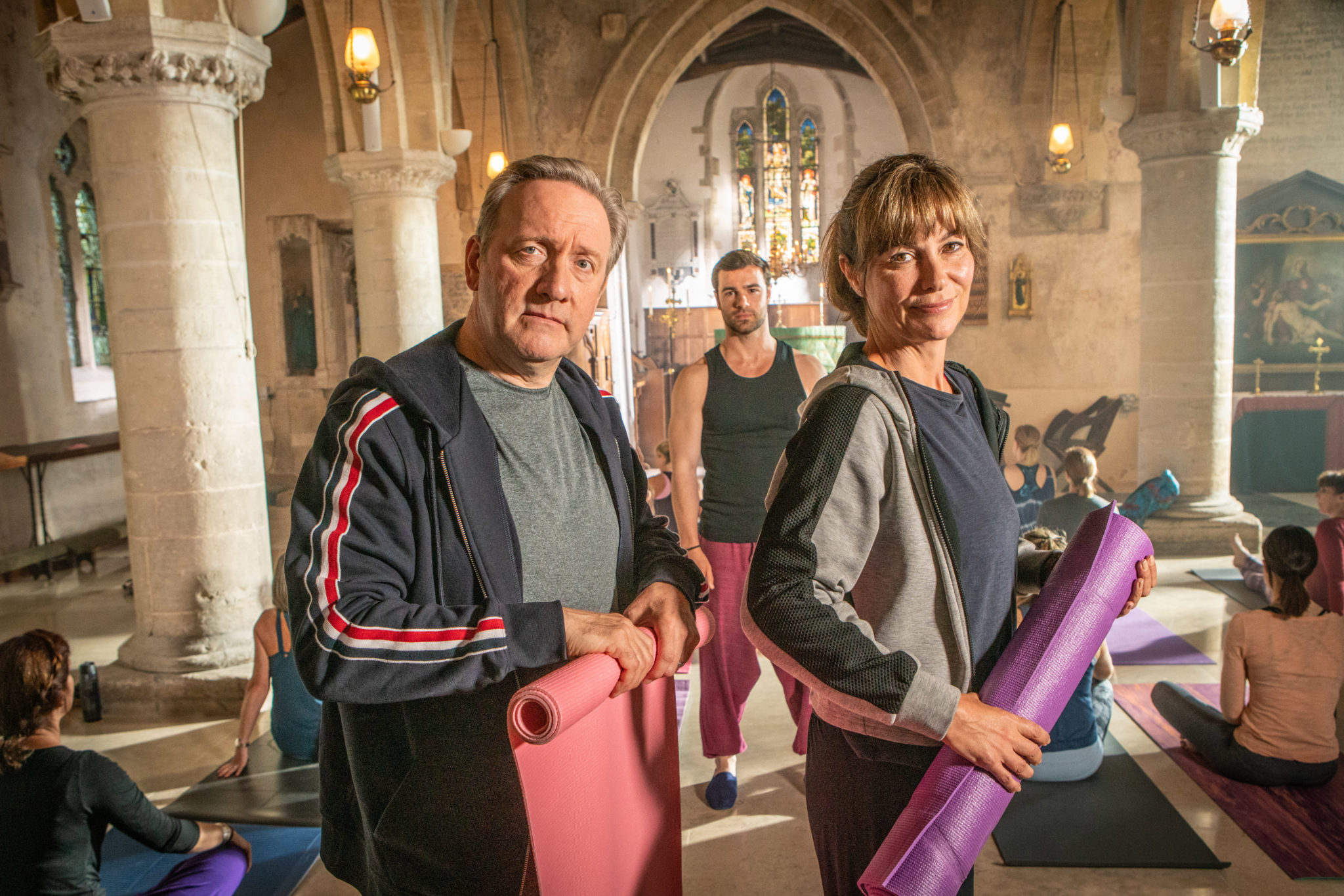 “I’m sorry sir, there’s been another murder.” DS Jamie Winter (Nick Hendrix) starts out the trailer for Midsomer Murders Season 21. DCI John Barnaby (Neal Dungeon) and his team are back to unravel the deceit, the lies and the darkly held secrets of the bucolic Midsomer villages.

In the new trailer released by Acorn TV, we hear Ned Barnaby, John’s father tells an adorable Betty Barnaby, “He’s so serious. He always was!” The tables are turned! Fans finally get to analyse John Barnaby.

Also in the trailer there is Barnaby attempting yoga, DS Winter stealthily knocking down a door, a bird’s eye view of a stately family manor, and a classic clip of Barnaby accusing someone of lying and telling them, “and I will find out.”

Midsomer fans are ready for some quirky mysteries and Barnaby’s keen analytical approach to solving the crime!

When can mystery fans see the new season? All four episodes of Midsomer Murders Season 21 will become available December 1, on Acorn TV and on BritBox.

Midsomer Murders Season 21: All The Details

In addition to DCI Barnaby and DS Jamie Winter, Fiona Dolman returns as Sarah Barnaby. Paddy, the family dog is back, this time a playful companion to their adorable daughter Betty. The duo bring a lot of lightness to the dark storylines. Annette Badland is once again back as forensic expert Fleur Perkins. This season, we learn more about her ego and insight into one of her wilder hobbies.

Midsomer Murders Season 21 consists of four episodes.  The show titles are “The Point of Balance,” “The Miniature Murders,” “The Sting of Death,” and “With Bated Breath.”

How To Watch Series

Although mystery fans can no longer watch Midsomer Murders on Netflix, there are now two other options. Fans can watch all 21 seasons of the British cozy murder series on both Acorn TV and Britbox.

In the U.K.? TV Shows Ace has previously reported that those in the U.K. can finally enjoy the last two episode of Midsomer Murders Season 20 on Britbox. As for Season 21, that should air on the streaming network sometime in 2020. In other areas of the world. the series should air sometime in 2020.

Are you ready for a new season of Midsomer Murders? Be sure to check back with TV Shows Ace for the latest television news. Midsomer Murders Season 21 begins streaming on Acorn TV and Britbox on December 1.