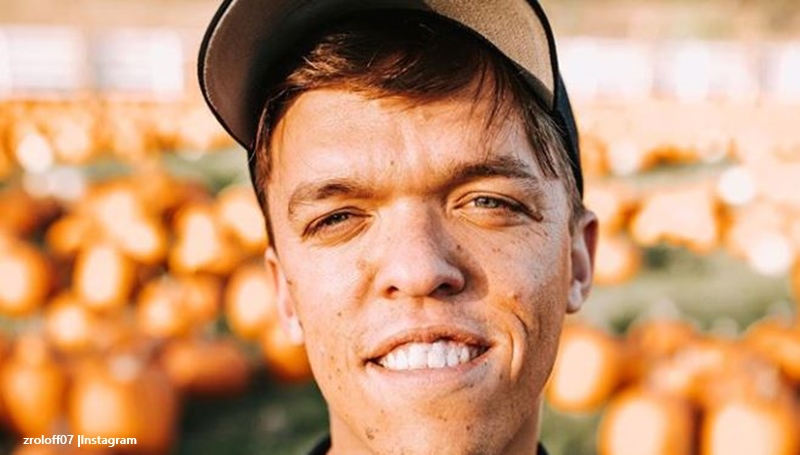 LPBW star Zach Roloff just celebrated the safe arrival of his new daughter, Lilah. But, in the wake of his happiness, he’s not forgetting his son Jackson. On Instagram, he shared a really nice photo of them together. But, one troll wrote about child abuse. And, fans of TLC’s Little People, Big World raged about the crazy comment.

TV Shows Ace reported that Zach Roloff and his wife Tori proudly shared photos of their little girl, Lilah. That was on November 21. However, almost unbelievably, just days later a troll accused Zach of child abuse. Late Sunday, Zach shared a really cute photo of him and his son Jackson. The two of them stood shirtless, wearing their warm track pants. Holding hands, they look like twins. In fact, Zach captioned it with, “My twin round 2.” Some fans wondered if he hinted his new baby’s also a little person.

However, most fans of LPBW just commented on how cute Jackson is. One fan said, “Two peas in a pod!! Just exactly alike!!! 💙.” Others noted that Jackson’s got the “cheesiest smile” ever. Another follower wrote, “He is most definetely your twin he’s adorable! (sic).” Yet another said, “Aww!! He is definitely your twin.” But for some inexplicable reason, a troll popped up and commented about “child abuse.” Fans went crazy about that.

On Zach’s Instagram post, out of the blue, a troll just commented, “This isn’t cute it’s child abuse!” Well, whoever they are, it seems on their private IG account that this is not your average school kid popping in to cause trouble. The profile pic shows an adult male and an adult woman, possibly in their late twenties. As you can imagine,  this infuriated LPBW fans and they slammed them for their comment. Here’s what some of them said about it:

Another really angry fan slapped back at the LPBW troll saying, “Your birth was a big mistake. Too bad we can’t turn back time.”

Why do people post nasty troll-like comments on Sundays?

Nasty comments often seem unfathomable and come out the blue. Why do people often do it on a Sunday? Well, the Independent UK reported on a US study. A researcher noted, “Bad conversations lead to bad conversations. People who get down-voted come back more, comment more and comment even worse.” And, it often happens “between 10 pm and 3 am on Sunday.”

What do you think about fans raging at the crazy “child abuse” comment? Do you think there’s nothing wrong with the photo? Sound off your thoughts in the comments below.