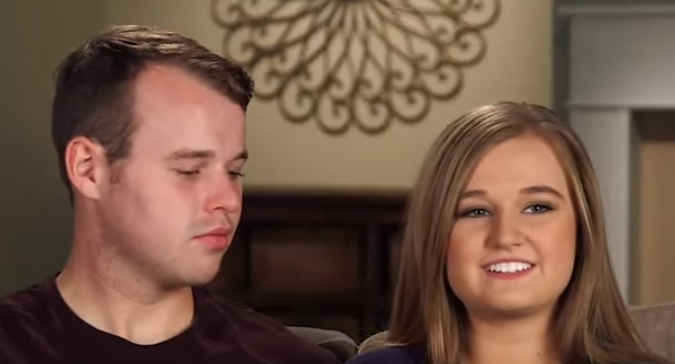 Just three weeks after the birth of their daughter, Kendra and Joseph Duggar gave fans a glimpse of that special day. Two clips show the Duggar parents headed to the hospital to deliver their little girl. Before that, the mother revealed something that was a little controversial: drinking castor oil to speed up her labor.

“I think we’re going to head to the hospital tonight because contractions have gotten around four minutes apart,” Kendra, shared in the episode. “So we did some castor oil, and it’s — it seems to be working. I would say we’re definitely in labor. It’s not transition, but it’s definitely labor.”

Castor oil has been used to speed up and induce labor traditionally, but these days it can be quite controversial. Some studies suggest it does induce contractions, but it can be dangerous or at the very least, unpleasant. Its been known to cause nausea and a laxative effect. Irregular and painful contractions are also possible, leading to undue stress on the mother and child. Because of the laxative effect, babies could also pass meconium before birth, which can lead to Meconium Aspiration Syndrome.

Scientific studies have yet to prove whether the use of castor oil to induce labor is helpful or harmful but the ingestion of it has seen criticism on social media. “[Please] stop telling pregnant women to take castor oil to induce labor,” one Twitter user begged. “Don’t do castor oil,” warned another. “You’ll have 10 hours of false labor AND the s–ts.” A third added, “Don’t do this! It can cause massive issues. My cousin used this and her baby pooped in the [womb] and caused infection!”

Kendra Isn’t The Only Duggar Who Has Used Castor Oil

According to InTouch, Kendra Duggar isn’t the first in the family to take castor oil to speed up her labor, but it seems to have been quite a risky move in her cases. She experienced contractions five days before her due date, castor oil is typically recommended for those whose due dates have passed. She also reported nausea during delivery. The labor may have sped up too much, despite getting to the hospital before delivery, the doctor was delivering another baby so she delivered without him. The good news is, the mother and the baby seem to be making it through without any serious issues. Now they are both settling into their new family of four.