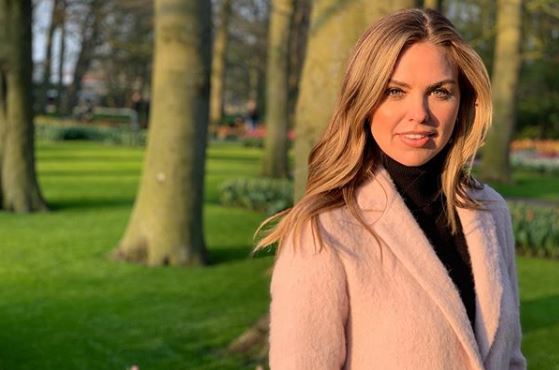 It is almost time for Peter Weber’s season of The Bachelor 2020 to start airing. He is done with filming and the show premieres in January of 2020. A new preview has fans wondering if Hannah B will be on the show. Reality Steve went to his Twitter today to explain. Of course, he was able to figure out the details of what is really going on.

Hannah B shows up in a limo

It turns out that Hannah B did show up and get out of a limo to see Peter Weber. In the preview, it looks like she is just any other contestant on the show. It isn’t because she is on the show or wants him back, though. Steve shared the details on Twitter.

B4 everyone freaks out when first promo airs tonight, Hannah WAS NOT a contestant on Peters season. She gets out of the limo to talk to him night 1 (didn’t join the party), & shows up on a date in ep 3 again to talk. Both were in LA. She just took a couple hrs off DWTS to do it https://t.co/K5SY3uQTWI

Of course, having Hannah get out of the limo like the other girls confused fans. It probably actually confused Peter Weber for a bit as well if he didn’t get a heads up. You can see the preview below.

They have had other contestants come on night one to talk to the lead of The Bachelor before. The thing is they normally don’t get out of the limo like everyone else does. That is what is really going to confuse the fans when they see it.

Hannah has been busy

If you think that Hannah B could have been on The Bachelor then you must not be watching this season of Dancing With the Stars. Hannah is doing great on that show and really focused on trying to win. The big finale tonight will show fans if she can pull it off or not.

Right now, Hannah is single and enjoying life. There have been rumors that she was dating her DWTS partner Alan, but both deny that there is any truth to those rumors. Fans would love to see them together at some point. You never know what will happen.

Don’t miss watching Peter Weber as The Bachelor 2020 starting in January on ABC. The spoilers are slowly starting to come out about his season. TV Shows Ace will continue to share the best of the spoilers for this upcoming season.

OMG!!! Kody Brown’s Latest Action Has ‘Sister Wives’ Fans STUNNED
‘MasterChef: Legends’: Who Is Curtis Stone?
Peter Weber Shares Heartfelt Tribute To Chris Harrison
A Big Duggar Announcement Could Be Coming Soon – What Is It?
One ‘OutDaughtered’ Busby Quint Opts Out Of Cheer Camp: But, Who?