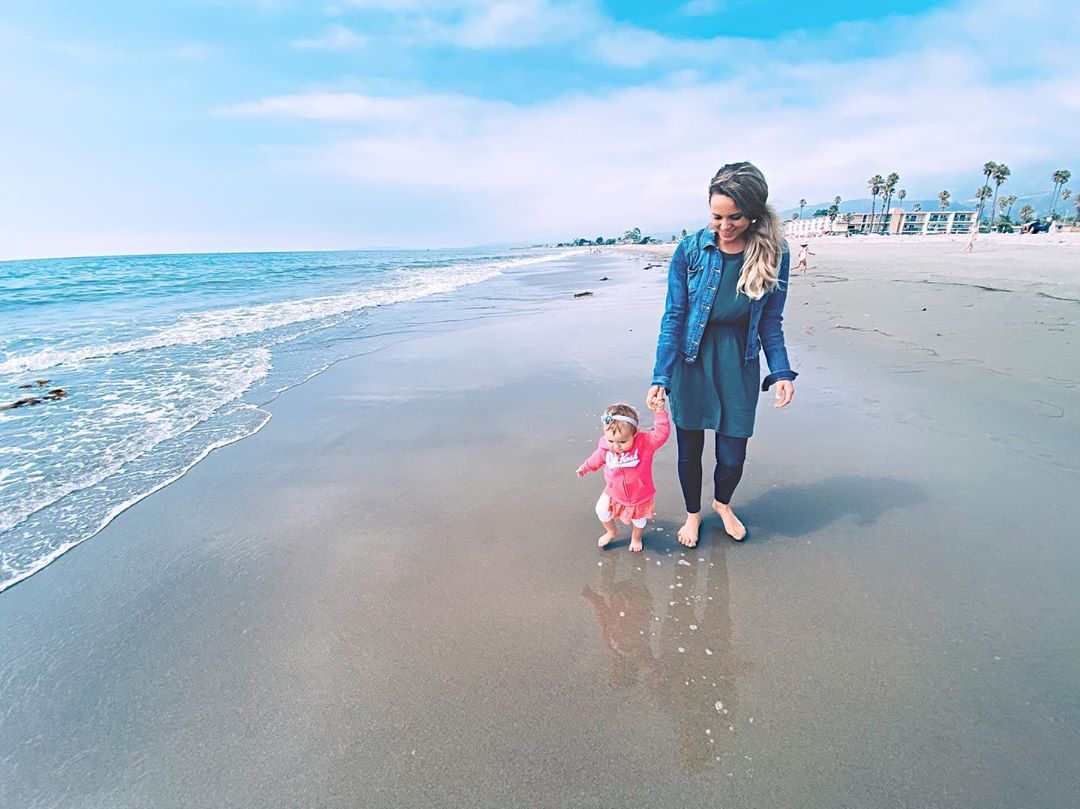 When Jinger Duggar announced that she and her husband, Jeremy Vuolo, were heading to California, Counting On fans wondered what this would mean for their daughter. Would it mean the family would step away from the religious views of Jinger’s parents? Well, while the two have proven that they’re not quite as strict as the rest of the Duggar family, they’re not stepping away entirely from religion.

Cheat Sheet shared recent posts that show Jinger Duggar and her husband are finding a way to combine the modern world with religion. It’s important their daughter, Felicity, has some of the freedoms that Jinger didn’t get but not completely lose touch with faith. And that’s an admirable decision, something that many of the Counting On fans are standing behind. They’ve often commented on how they want to see the children of Michelle and Jim Bob find a way to step back from the strict upbringing the children had.

A Focus on Modern Life with Religion

Something that Jinger did was step away from the strict elements she was raised with. On 19 Kids and Counting, fans saw the way the Duggar parents raised their children. They were all homeschooled, weren’t allowed to watch TV, and they weren’t even allowed to attend sporting events. It was all about religion.

Each of the children has forged his or her own path, but the majority have opted for a similar upbringing that they had. Jinger has stepped away the most, as she now dyes her hair, attends sporting events, watches TV, and has recently moved to California to support her husband. Jeremy wants to attend school there and the Counting On star isn’t going to stop him from that.

It’s likely his upbringing that has helped the couple move towards the modern world. While still raised with religious values and homeschooled at first, Jeremy was allowed to attend college. He wants the same for his own children.

Keeping Religion in the Counting On Family

Religion still plays an important role in the family’s life. Jinger proved that when she showed the family streaming Thanksgiving mass. They couldn’t attend because of Felicity’s cold, but they were able to still be part of it. Fans also get glimpses of Felicity trying to sing along with the hymns now and then.

Three years ago today, I married my best friend, the man of my dreams. @jeremy_vuolo is the most loving, kind, and compassionate person I have ever known. He is so faithful to read God’s Word and pray with me, and is so selfless in the way he cares for me and Felicity each day. His heart is sensitive to meeting the needs of others before his own. He is the most fun-loving soul, with the best sense of humor – Felicity absolutely adores her daddy, and he keeps me laughing every day. 😊 . There are not enough words to describe how thankful I am to God for giving me such an incredible gift in you as my husband and best friend. Happy Anniversary, Baby. I love you! 😘❤️

Further proof is the Instagram post the Counting On star shared when celebrating her third wedding anniversary. She thanked Jeremy for praying and reading God’s word with her. Faith isn’t going anywhere, but don’t expect the couple to raise Felicity the way Jinger was raised.

What do you think about the way Felicity is raised? Share your thoughts in the comments below.