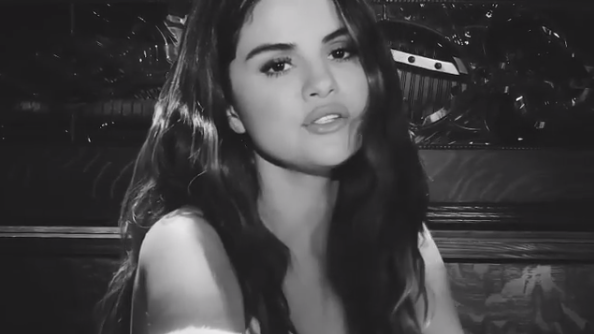 Selena Gomez opened the 2019 American Music Awards on Sunday, Nov. 24. The singer took the stage to perform her new singles “Lose You to Love Me” and “Look at Her Now.” It seemed like a struggle for Selena who seemingly sang off-key and stumbled whenever she danced. Selena made her big return to the American Music Awards after her previous appearance in 2017.

Selena Gomez reportedly had a rough night at the 2019 AMAs

Gomez has been slowly making her way back into the spotlight. The pop star looked electrifying a black long turtleneck dress as she performed a stripped-down version of her new song “Lose You to Love Me.” She then changed it up when she wore a metallic bodysuit with black boots for her “Look at Her Now” performance. While Taylor Swift and Halsey showed nothing but support for the pop star, some of Selena’s fans notice that both of her performances were a bit rough, as reported via In Touch Weekly.

Some fans are convinced that Selena was singing off-key for her performance of “Lose You to Love Me,” as reported via Cosmopolitan. However, the lyrics in the song do mention about someone singing off-key. So, maybe it was intentional on Selena’s part. Maybe she was nervous about returning to the stage. Either way, Selena’s fans had a lot to say about her opening performance on Sunday night. While it was clear that Selena was singing off-key, some fans think it was the fault of the sound people.

But insiders revealed to E! News that the singer had a “panic attack” leading up to her 2019 American Music Awards performance. It’s the reason why Selena wasn’t on her game that night. She was so distraught and overcome with emotion about performing, that she put too much pressure on herself. Selena has been through many struggles in the public eye, including her health and her previous relationship with Justin Bieber.

Selena Gomez finds herself in the middle of Instagram drama

Selena Gomez has been having a lot on her mind lately. According to the In Touch Weekly report, Selena has been in relatively good spirits despite her brief Instagram drama with Bella Hadid. On Nov. 15, Selena commented on the model’s photo and wrote “stunning” with the heart-eyed emoji. That caused Bella to delete the photo to which Selena responded to the post, writing, “That sucks” with the crying face emoji.

The two are said to have feuded over The Weeknd, whose real name is Abel Tesfaye. Selena clarified her intentions and wrote, “I shouldn’t have spoken without knowing the truth. I’m sorry. Please don’t be hurtful,” Selena begged. “She is a wonderful person and it was all a misunderstanding.”

Selena seems to be over her feud with Bella. However, sources to In Touch Weekly that even though Bella is no longer with The Weeknd, they’re still good friends who happen to have a “long history” together. She fears that Selena will want to get back with him, especially since she’s single and ready to mingle. As previously reported via TV Shows Ace, Selena was caught in the middle of Taylor Swift and Kim Kardashian’s feud on Instagram.

It looks like Selena should stay off Instagram for now. She previously revealed that she removed Instagram from her phone and that her friend has access to her account. What did you think of Selena Gomez’s performance at the 2019 American Music Awards? Share your thoughts below in the comments section and check out TV Shows Ace for more television news.