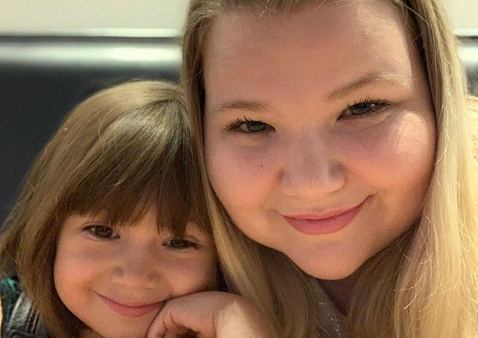 Is 90 Day Fiance star Nicole Nafziger having cold feet? Although the reality star claimed that she would happily marry Azan Tefou in Morocco, she has since changed her mind. The couple has been noticeably absent from 90 Day Fiance: Happily Ever After? and viewers want to know if they will ever get their happily ever after. It looks like viewers aren’t missing much because they’re not getting married anytime soon.

An inside source revealed to RadarOnline.com that Nicole Nafziger and Azan Tefou have not yet set a wedding date. It doesn’t look like they’ll be walking down the aisle since they still have problems in their relationship. The two fight a lot, claims the inside source. It also doesn’t help that Azan can’t travel to America, or to any country for that matter.

“They have no plans for a wedding,” the source said. “He can’t get a visa. She’s talked about going back to Morocco, but she doesn’t have money. She has to save.”

Their relationship has been on a standstill since. Nicole is growing increasingly frustrated because she can’t afford to see Azan as much as she’d like. And every time she plans a couple’s vacation, Azan cancels on her. The insider revealed that the two haven’t seen in each other in two years. While they still keep in touch, they fight every time they talk on the phone.

“The family is surprised they’re still together,” the source added.

Nicole and Azan Tefou announce their departure from ’90 Day Fiance’

As previously reported via TV Shows Ace, Nicole and Azan have announced that they’re not returning to the 90 Day Fiance franchise. Back in September, Nicole made the shocking news on social media. The insider claims that she’s “tired of being harassed.” Leaving the reality series behind was 100% Nicole’s decision, not Azan’s.

It comes as no shock to 90 Day Fiance fans since there’s no use for them on the show. Nicole and Azan’s relationship status hasn’t changed in two years. They haven’t even visited each other. Nicole only starred on the reality show to rent an apartment for herself and her daughter May.

On the recent episode of 90 Day Fiance: Happily Ever After?, Nicole had to call off her wedding in Morcco. The couple chose not to get married because of the expenses. They supposedly used the money to open a beauty shop in Morocco. But then Nicole admitted that they never opened the business. She wouldn’t reveal what Azan did with the $6,000 that she gave him.

Nicole kept tight-lipped about their relationship, even on the show. She claimed that they fight like all couples do. And she admitted that the distance has strained their relationship. She was hoping to visit Azan as soon as possible so they could figure out their future together. But it doesn’t look like it’s happening now even though Nicole’s Instagram profile still says she’s engaged.

What are your thoughts on Nicole Nafziger deciding not to marry Azan Tefou? Do you think the couple should move on? Share your thoughts below in the comments section and follow TV Shows Ace on the latest 90 Day Fiance drama.