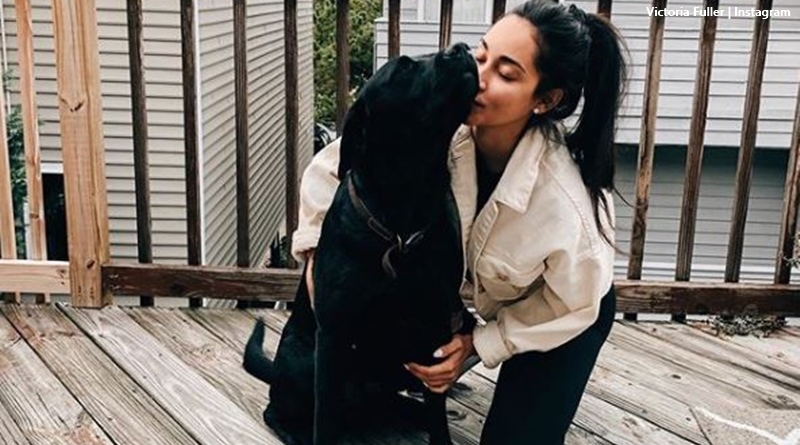 The Bachelor just wrapped up filming, and Peter Weber posted on Instagram that he arrived home. He looked very happy in his post. But on her first post since the filming wrapped, contestant Victoria Fuller’s not so happy. It looks like she seemingly slammed guru and blogger Reality Steve.

TV Shows Ace reported that Peter got back from filming. On Instagram, he described it as, “the most insane journey ever.” But he looked more than happy, and fans loved his post. On the other hand, one of his contestants, Victoria Fuller sounded anything but happy. Certainly, it looked like part of her rant slammed Reality Steve who fans know for spoilers and inside leaks. We previously reported about her Hometown Date, and that info came from Reality Steve.

In our article about the Hometown Date we noted, “Steve shared yesterday that Victoria Fuller has been keeping a few dark secrets about her past from Peter. The information is now out and Peter is aware of what Victoria has done.” Well, that’s one example of things emerging that probably upset Victoria deeply after The Bachelor stopped filming. If you wish to read those spoilers then the link at the start of this paragraph will take you there.

E! News reported, “Known for publishing Bachelor-related spoilers, Reality Steve has made several allegations about Victoria’s reputation back at home in Virginia Beach.” That might be why was can assume her remarks on Instagram referred to him. The Medical Sales Rep and M.A. Econ student shared a photo of her with her service dog. In the caption, she wrote about lies and bullying, after thanking her family and fans for their support.

The bachelor contestant’s post said in part, “The RUMORS you are hearing are FALSE. There will be a time & place where I can defend myself, but for now, I choose to wait.” Then, she went on to explain that bullying’s neither fair or okay. She added that it’s even worse when “basing opinions upon pure speculation, assumptions, & LIES.” And, she made a point of explaining how she loves her service dog a lot more than humans right now. After all, her “4 legged friend” gives her “love and loyalty.”

Obviously hurt, Victoria told The Bachelor followers that her doggy, currently training as a therapy dog takes “comfort to children in hospitals.” Plus he dishes “affection to elderly in retirement homes.” He takes “love to those who may be having a hard time at school, & others who maybe just need a hug!” It sounds like she could use a hug herself right now. Victoria ended with, “We may not always know the WHY, but we can rely on the fact that there is a reason. A reason to keep pushing forward wherever we may be in life. A reason that is a lot bigger than us. I trust that God & the Universe are showing me the way.”

What do you think about Victoria Fuller, one of Peter Weber’s contestants, seemingly slamming Reality Steve? Do you hope she finds peace of mind again? Sound off your thoughts in the comments below.

Remember to check back with TV Shows Ace often for more news about the cast of The Bachelor.