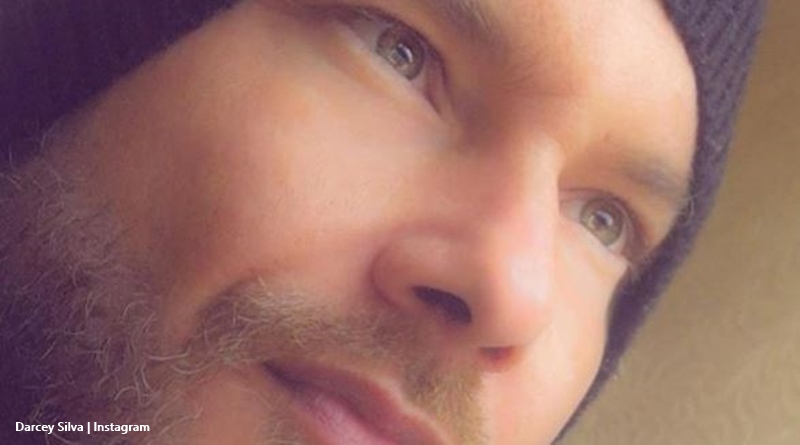 90 Day Fiance fans heard from TV Shows Ace about two weeks ago that Emma Jayne Brooks alleged that Darcey cheated on her brother Tom. The info apparently came from a new man in Darcey’s life. We’re not sure, but it might be a man named Michael. Now, the @fraudedbytlc IG account noted that a new man, “Viking” seems like a dodgy character. It came after Darcey Silva took to her Instagram late Sunday and shared a photo of him.

Over on Instagram late Sunday, Darcey shared a photo of a man. He looks quite nice actually, but it seems he might not be all that sweet. Darcey just captioned her post with, “My love! #myviking.” Well, the first in-the-know person to respond was the @fraudedbytlc account. They spill a lot of tea and generally are accepted as a good source for inside info. They wrote, “Michael! Oh hai!” Naturally, fans wanted to know who Michael was. And, the 90 Day Fiance guru spilled the tea on Darcey’s post.

In answer to those who wanted to know what was going on, @fraudedbytlc elaborated. According to them, Michael’s, “the guy who I posted about on my page the other day. Pics of them FaceTiming, receipts of money she sent him etc. he also sent me naked videos of her cause he was mad at her and wanted me to revenge p0rn them 🤷🏻‍♀️. Stand up guy.” Ugh, if they’re right, it sounds like Darcey’s picked another bad personality.

As the conversation continued, @fraudedbytlc also confirmed a few other things. One fan asked, “wait!! The one we just discussed in the podcast?? That’s this guy??? What a winner 🙈.” The IG admin said it was. Then, another 90 Day Fiance fan asked, “@fraudedbytlc he is the one that @crazyeyeskm2 posted his rant and begged her to take down?” To that, they noted the fan’s correct.

Meanwhile, blogger and guru @johnyates327tv also chipped in. He noted that of all Darcey’s men, “He’s certainly the best looking.” But, one person noted, “ya but who knows how accurate the photo is. Remember Tom’s photo 🙄.” Other fans of the TLC show straight up asked Darcey if she’s going with him because it might mean more 90 Day Fiance seasons. But, Darcey remained tight-lipped.

At this stage, we only have @fraudedbytlc‘s word that it’s the same person with revealing shots/vids. But they seem fairly certain it is. If it works out that Darcey’s dating him, and he really did that sort of thing, then it looks like she’s on the road to heartbreak again. Fans despair for Darcey. One 90 Day Fiance follower wrote, “Already saying love wow you love quick😮.” Another noted, “she’s very needy and feels like she has to have a man to make her happy.”

And the plot thickens. Darcey posted this tonight. That guy is the same one who ranted to me other night claiming he lied about never having been with her. That he had and now was done and sent me revenge porn videos of her. He then sent me a manifesto after that recanting his story YET AGAIN (as if he didn’t already have credibility issues). Then this happens. So, same guy she sent money to. Etc etc. I will be breaking down the entire saga on this weeks episode, including his most recent manifesto where he claims again to have never met her. #90dayfiance #90daytheotherway #theotherway #90dayfiancebeforethe90days #90daysbeforethe90days #beforethe90days #90dayfiancehappilyeverafter #90dayfiancepillowtalk #podcast #podcasts #90dayfiancepodcast #realitytvpodcast #trashtvpodcast #thefraudcast #darceysilva

What do you think about Darcey Silva sharing about her “Viking?” Do you hope she’s not on the road to heartbreak again? After all, if he’s a dodgy character as alleged by @fraudedbytlc, things look rocky from the get-go. Sound off your thoughts in the comments below.