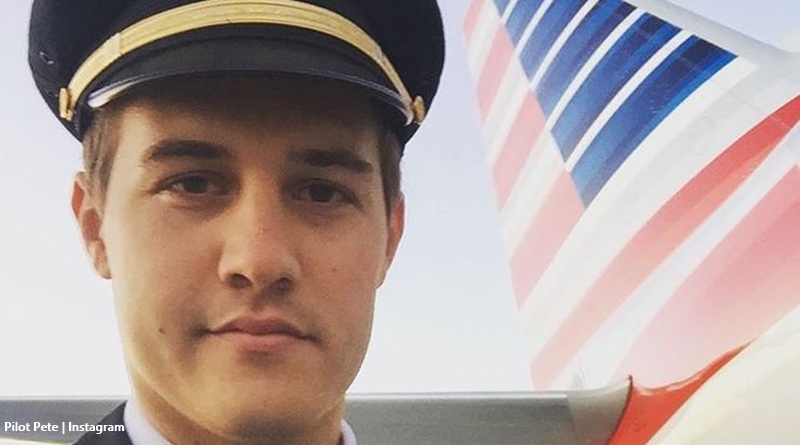 The Bachelor lead for next season, Peter Weber arrived back from filming. We’ll see his show in January of next year, and fans really can’t wait. A firm favorite with many from Hannah Brown’s The Bachelorette, they hope he found true love. Or, maybe not, as so many people joked with him on his Instagram.

The Bachelor – Peter Weber arrives home, shares a photo of his dog

Arriving home after what he described as the most insane journey ever, Peter said he told his dog all about it. Well, the lovely animal’s got a really goofy expression on its face. So, one fan said, “My face would be like that too if pilot pete was holding me.” Other people also fell in love with the big pooch. One fan said, “I’m crying he’s just beautiful…the dog…but mostly Peter.” One wit said that Peter fell in love with the dog, “Spoiler alert: He ends up with a dog, no need to watch this season.”

The Bachelor fans laughed and joked about Pilot Pete. Many of those comments referred to people hoping he’s still available. And, some rather naughty suggestions from cabin crew emerged. One had something to do with “jump seat therapy.” Then there are the many thirsty female fans who wish for a man like Pilot Pete in their lives. One said, “There’s no way he could have [found his love] because I’m his love, and I wasn’t there 😢.” Another joked, “If you don’t have a ring on your finger I will take one for the team.”

Not joking so much, die-hard Hannah Brown fans still lament that Peter Weber and Hannah never hooked up on The Bachelorette. One of  The Bachelor fans said, “I think his love is Alabama Hannah, people need to start listening to me…I told @ariejr [Arie Luyendyk] he picked the wrong girl and I was right🧐.” Another agreed, saying that they also thought Hannah made a mistake by not picking Peter Weber. Meanwhile, we reported that Hannah hoped for a “fairy tale” ending for him.

But jokes aside, if you thought Peter looked handsome, dashing, and fun in Hannah’s The Bachelorette, he looks a million times better now. Tanned, perfect teeth, dreamy eyes, many fans think he’s the whole package. And, he loves dogs. Many people never read the spoilers, and that’s nice for them. Those who did, now say they feel that was also a mistake. So many people just want to share his adventure with him. One person jokingly said they found his true love. But, later they admitted they had no idea and just joked around. However, USWeekly said that Peter told Ellen DeGeneres that he’s “ready to find my girl.”

What do you think about Peter Weber and the photo of his dog on Instagram? Do you think he might still be single? We don’t know the outcome, but many thirsty fans joked that they really hope so. Sound off your thoughts in the comments below.

Remember to check back with TV Shows Ace often for more news about Peter Weber’s The Bachelor.